Tix on Sale, New Dubbed Trailer for ‘Eureka Seven’
Don’t miss the Eureka Seven Hi-Evolution 1 — the first part of the movie trilogy inspired by studio BONES’ hit mecha anime! FUNimation is bringing the film to select US theaters on February 5 and 7.

2018 Sundance Film Festival: Latest Additions
Among the batch of highlights announced just before the holiday break is an addition to the New Frontier program, Isle of Dogs: Behind the Scenes (in Virtual Reality). A collaboration of Felix Lajeunesse & Paul Raphael and the Isle of Dogs production team, this experience takes viewers inside the miniature world of Wes Anderson’s latest stop-motion flick, face to face with the cast of dogs as they are interviews on set as the crew works around you to create the animation you are immersed in.

A Boyfriend Surprised His Girlfriend by Drawing Them as a Couple in 10 Different Cartoon Styles
Simpsonized, Family Guy’d, Rick and Mortified and even South Parkian — Kells O’Hickey wins the 2017 DIY holiday gift contest!

VIDEO: Marvel Studios’ ‘Black Panther’ – Rise TV Spot
Long live the King! As if we weren’t already counting the seconds until this movie comes out (in US theaters Feb. 16, tix on sale now), this special look of newly revealed footage debuted during the 2018 National Championship Game is just teasing us at this point. Click through to see more of Wakanda’s top cat (played by Chadwick Boseman) … and more of Ulysses Klaue (Andy Serkis).

VIDEO: ‘Short But Sweet’ [Mature]
Dutch studio KLOMP! Animation had us rolling with this perfect send-up of fantasy epics, in which a young hero is chosen to save a princess from an evil villain — in an absurdly short amount of time. Supported by Dutch Film Fund and Pathé, the short ran in front of Thor: Ragnarok in all Pathé cinemas in the Netherlands. Junaid Chundrigar directs from a script by Chundrigar and Thijs van Domburg; Lana Topalovic produced. 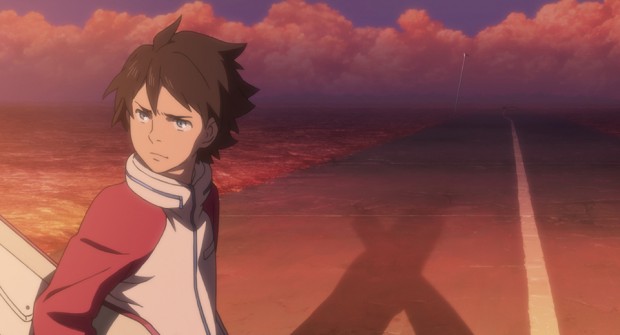