For the rest of us, Warner Bros. Animation and DC Entertainment have made a spankin’ new clip available, in which Selina Kyle moves through the dark alleys of Gotham… with Jack the Ripper on her trail.

One of the most anticipated game titles of 2018, God of War is officially coming to PlayStation 4 on April 20, bringing all the Norse magic, mayhem and family bonding you could hope for. The Santa Monica Studio project, directed by Cory Barlog, also got an official story trailer with the announcement which does a much better job of explaining than these puny words.

Part of the just-announced 2018 line-up for Rooster Teeth FIRST, we now get our first look at mecha-inspired anime series (and RT’s most extensive production since RWBY) in this space-age teaser trailer. Within a holographic cityscape, a trial by fire is underway for the newest recruit to the classified GL assignment, with others just like him waiting in the wings … but what has Chase signed up for?

The recently announced celebration of Gallic filmcraft Animation First will truly offer something for everyone when it kicks off at the French Institute | Alliance Française in NYC Feb. 2-4. Par exemple, check out this opening night teaser which gives a glimpse at beloved family film Minuscule, followed by a smash-up of adults-only shorts not to be missed! 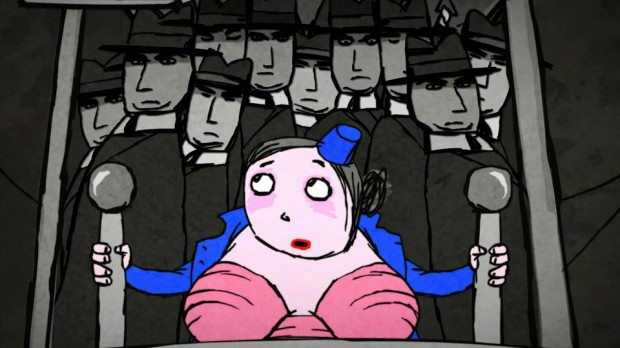