‘Ferdinand’ Trailer 2
The new spot for Fox/Blue Sky’s Dec. 15 release gets us better acquainted with the animal compadres helping the misunderstood bull on his homeward journey.

‘Valerian and the City of a Thousand Planets’ – “See You in Space” Featurette
Director Luc Besson discusses his childhood enchantment with the comics and details the wondrous film universe crafted for the adaptation. In theaters July 21. (Read all about it in Animation Magazine‘s August issue!)

‘Lou’ Clip – Pixar Short Film
Disney-Pixar offered a sneak peek at its latest short, about a schoolyard Lost and Found box that comes alive at the Annecy confab. In theaters now with Cars 3.

‘Legends of Tomorrow’ VFX Breakdown (Ep. 207)
Deluxe’s Encore VFX brought down the wrath of some super creepy aliens for the Legends to deal with in episode “Invasion!”. The work was supervised by Armen Kevorkian. 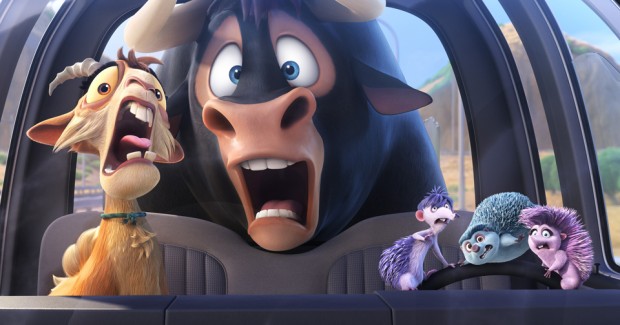