‘Home: Adventures with Tip & Oh’ – “Ooga Boo” Music Video feat. Cher
If this dancey empowerment tune isn’t the song of the summer, I don’t know what is. (To be fair, I haven’t listened to the radio since 2011, but still.) Check out the animated music video for “Ooga Boo” as crooned by the Goddess of Pop (guest starring as Boov diva “Chercophonie” in the DreamWorks/Netflix series’ latest season), and then just go ahead and repeat it about 50 times.

VIDEO: Teaser – ‘Big Hero 6: The Series’
Disney XD is just teasing the heck out of us waiting for this series continuation of the Oscar-winning Disney/Marvel mashup. The show, already re-upped for a second season, will premiere this November.

This ‘Tangled’ Museum Exhibit Features Tons of Beautiful Floating Lanters
How stunning in this — ahem — illuminating exhibit? The lantern installation is part of “The Art of Disney – The Magic of Animation” at Tokyo’s Miraikan. Presented by the Walt Disney Animation Research Library, the show will be at the museum through September 24.

Animate the “God Creates Giraffes” Sketch
Joseph Gordon-Levitt’s online production company HITRECORD.org is seeking animators to bring this comedic take on divine creation to life by the end of the month — in time for HR’s first ever online short film fest. All the assets are ready to go for anyone who wants to take part. And, if the short makes it into the festival, you’ll actually get paid! 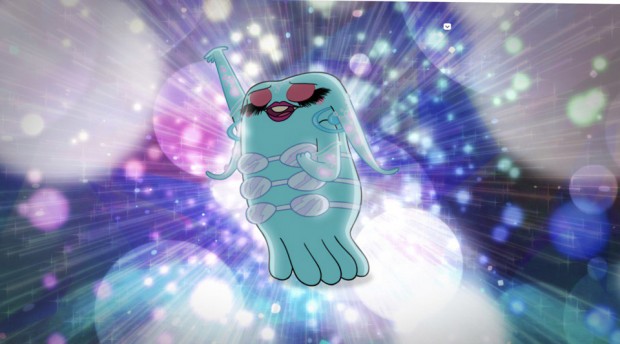