Casting in place for ‘Aladdin’ Live-Action Adaptation
The live-action take on the Disney animation classic — directed by Guy Ritchie — has completed its casting and entered production at Longcross Studios outside London. Starring are Will Smith as Genie, Mena Massoud (Jack Ryan) as Aladdin, Naomi Scott (Power Rangers) as Princess Jasmine, Marwan Kenzari (Murder on the Orient Express) as Jafar, pictured in this great selfie; with Navid Negahban as the Sultan of Agrabah, Nasim Pedrad as handmaiden Dalia, Billy Magnussen as the suitor Prince Anders of Skanland, and Numan Acar as Hakim, head of the palace guards and Jafar’s right-hand man.

’The Rocketeer’ Reboot in the Works
In other Disney live-action news, the 1991 action-adventure flick is getting a remake/sequel (requel?), penned by Max Winkler and Matt Spicer (Magic Camp), retitled The Rocketeers, and getting a black female lead!

Peter Rice Promoted to President of 21st Century Fox
The longtime exec will now oversee international channels in addition to the majority of Fox’s domestic TV operations — including primetime toon destinations Fox and FX — and will retain his title as Chairman-CEO of Fox Networks Group, which he’s held since 2012.

P. Jayakumar: A Perspective on the Changing Scenario in Animation
The CEO of Toonz Animation India talks the importance of training and his studio’s emphasis on the “Gurukula” (teacher + family) system for fostering and fine-tuning talent.

VIDEO: MPC ‘Ghost in the Shell’ VFX Breakdown
Working with director Rupert Sanders and Production VFX Supervisors Guillaume Rocheron and John Dykstra, MPC’s teams in Montreal, London and Bangalore contributed to more than 1,000 shots for the manga adaptation, under the leadership of supes Arundi Asregadoo and Axel Bonami. 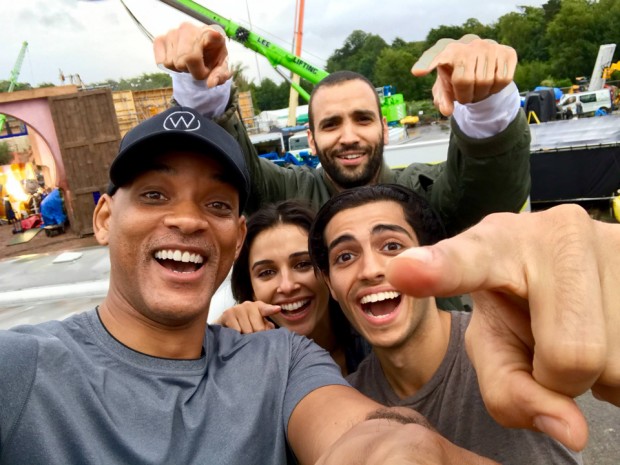