The Acadmey Presents: 75th Anniversary of Bambi
Historian Leonard Maltin will be joined by original voice stars from the Disney classic and animation artists Andreas Deja and Paul Felix a celebratory screening and a tribute to artist Tyrus Wong on May 15 at the Samuel Goldwyn Theater.

VIDEO: GKIDS: A Tribute
The crew of indie film podcast One Week Only put together this fabulous visual medley of the acclaimed animations that the distributor has brough to theaters. You can check out episodes of the ‘cast here.

‘The Lenore Project’ – Augmented Reality
A small town newspaper gets a Lynchian-Lovecraftian spin in this eerie Mobile AR class project, which will be part of the Integrated Digital Media Showcase at NYU Tandon this Friday from 6-8 p.m.

As the Writer’s Strike Deadline Drew Near, Twitter Became Exceptionally Well-Written
A Hollywood crisis has been averted, so now it’s time to release some stress with a review of the social media impact: “Please hurry. Drama writers are trying to be funny on Twitter.” – @francalancia 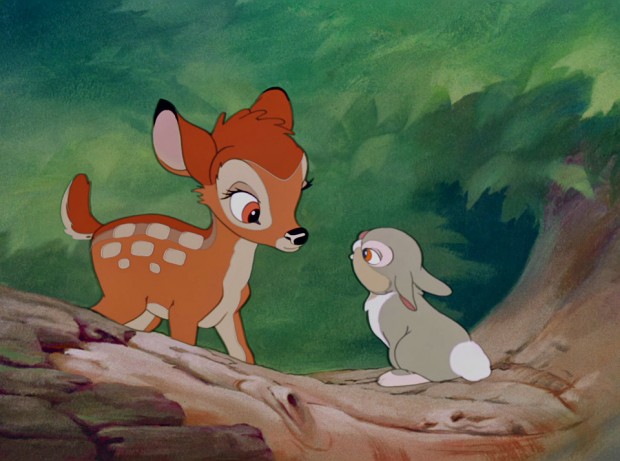