Seth Rogen and Billy Eichner to Play Pumbaa and Timon in ‘Lion King’
Jon Favreau’s live-action revamp of the iconic Disney animated feature also stars Donald Glover as “Simba” and James Earl Jones as his father, “Mufasa.” The roles were voiced in the 1994 movie by Nathan Lane and Ernie Sabella.

HBO’s ‘Animals’ Is the Best TV Comedy You’re Not Watching
Abraham Riesman for Vulture describes the adult-targeted talking animal toon as “Dr. Katz, Professional Therapist by way of Comedy Bang! Bang! — with the earnest heart and charm of early New Girl or late Parks and Recreation.” The Duplass Bros. show debuted in early 2016.

Stan Lee’s ‘God Woke’ Wins Best Animated Film at the IFS Film Festival 2017
The film will make its World Premiere during the Los Angeles fest on May 4 at The Grove. God Woke is written, narrated and directed by Lee with directors Gill Champion and Gary Laird — the story is Lee’s first to be adapted as a Cinematic Graphic Novel.

Disney Animation Producers Say They Were Left Out of $100 Million Settlement
The industry-shaking wage fixing suit seemed to be getting some closure in January — but two toon producers have filed a fresh action saying they were improperly excluded from the settlement. 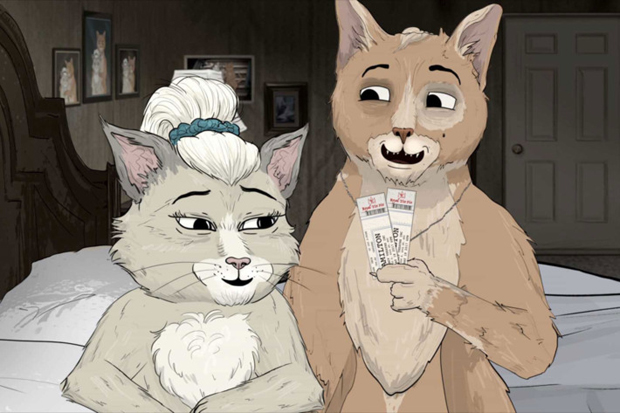