Talking ‘Rocket & Groot’, Marvel Animation with Skottie Young and VP Stephen Wacker
SyfyWire‘s Trent Moore gets the scoop on the warmly received new web shorts. “I like the kind of ambiguity that [Rocket] had, as far as what line of good he was. He was the hero, but I liked that line and the weird little arrogance and insecurity, and all the things that go along with him. What I didn’t realize I’d have as much fun with was the dynamics between those two as buddies,” says Young.

CROWDFUND: Flip Book Animation Kit
LAIKA animator Andy Bailey has crafted an ideal kit to create original flip book cartoons, including perfectly sized paper packs and LED light pad. (Think of it: a light board you can fit in the pocket of your laptop case!) Plus, backers get an exclusive flip book made by Bailey.

One Clear Advantage Animation Has Over Live-Action, According to Alec Baldwin
The Boss Baby star lays down some wisdom for CinameBlend (with video interview). 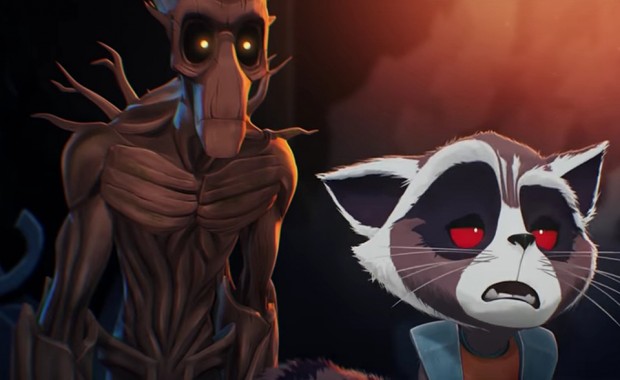