With Animation in Her Blood, Claire Keane is Ready to Bring Disney’s ‘Tangled’ to TV
Fast Company talks with the artist behind Rapunzel’s amazing handpainted room in the movie, who returned as a visual development artist for the 2D series adaptation.

First Look at Batman and Harley Quinn Animated Movie
A Toonzone internet detective found the first image from the WB Animation project hiding in plain site on iTunes. The pic is from a first-look featurette included in the Teen Titans: The Judas Contract home release, and shows Batman, Harley and Nightwing.

New Website Documents 100 Years of Japanese Animation
Created by the National Film Center of Japan, the online archive runs the gamut from wartime propaganda to experimental shorts, with highlights including a digital restoration of The Dull Sword — the oldest surviving Japanese animated short.

Sugar Rush Creative to Open New Dedicated Animation Studios in Belfast
Animate Studios will offer “moving illustration” advertising production under the leadership of Sugar Rush MD Alistair MacFarlane. Even if you’re not looking for a job in Northern Ireland, there is a really cute bulldog puppy in the pic for this article, so click the link already. 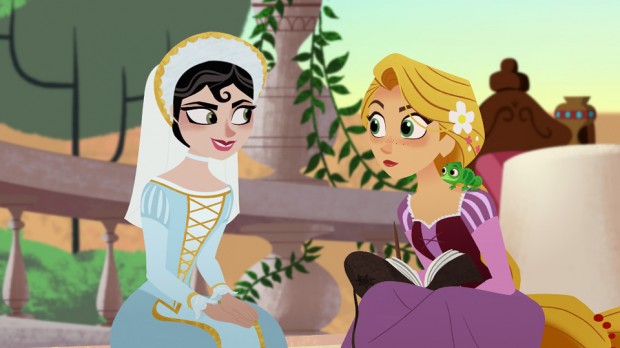