VIDEO: ‘Afrofuturism’ Episode Four: “God Vs. Hendrix”
Gunpowder & Sky presents the latest edition of DUST’s fascinating series, turning the spotlight on the musical legend who shook up the mainstream and wove interstellar scenes into his songs, relating one particular episode from his incredible (and too short) career.

Hennessy Bottle Features Virtual Animation
I mean, if you down enough Cognac, everything becomes more animated… 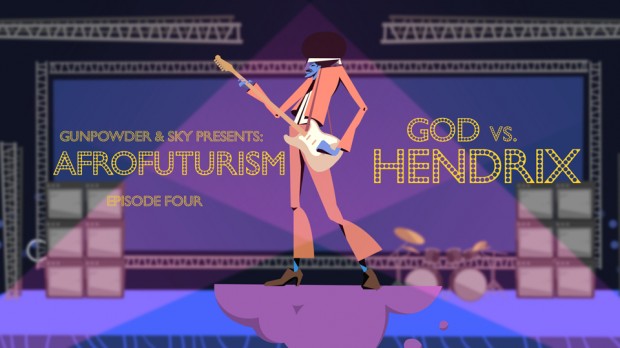