’In This Corner of the World’ Chosen as Best Animation at Japan Academy Prize Awards
Sunao Katabuchi’s WWII drama won out in the animation race, while Makoto Shinkai’s Your Name won Screenplay and Achievement in Music (for RADWIMPS) awards, and Hideaki Anno’s Shin Godzilla update took basically every other prize. In This Corner of the World will arrive in NorAm through Shout! Factory.

Sandra Oh on Boosting Diversity in Animation with ‘Window Horses’
The Golden Globe-winning actor exec produced the Ann Marie Fleming feature and voices the main character, Rosie Ming. “In animation and animated films, there still is not enough representation at all. So from a personal point of view, I wanted to tell this story and get this character on screen.”

Longtime Voice Actress Russi Taylor on Playing Minnie Mouse and Falling for Mickey in Real Life
Taylor has voiced Minnie for over 30 years, along with Donald Duck’s triplet nephews, Pebbles Flintstone, Baby Gonzo, and a whole lot more. “I never wanted to be famous. The characters I do are famous, and that’s fine for me. I like being able to go to the grocery store and know that nobody knows what I do or who I am.”

Watch This Supercut of How Animation Evolved from 1833 to 1990
YouTube channel The Solomon Society has created a three-minute trip through toon history, from the earliest animations of vaudeville, through the silent classics, the advent of color, the Golden Age, and the first touches of CGI. 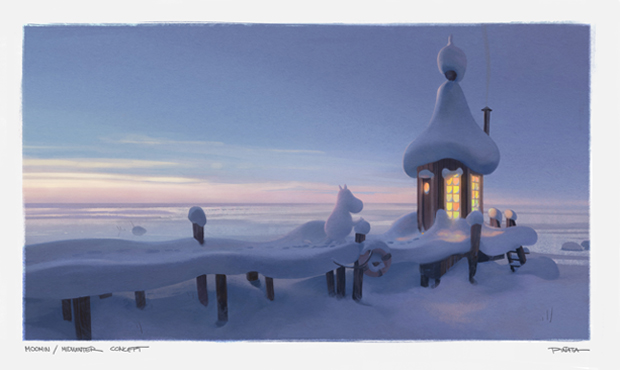