Annecy 2017 – Check Out the Official Poster! French illustrators Kevin Manach and Ugo Bienvenu (currently working on Miya Prod.’s Domenica) delivered this year’s defining artwork. “When we heard about this year’s highlighted themes (China as guest country and erotica), we immediately thought of Jade, Ugo’s wife, who has Chinese roots. We stared at her through the bay window: she was eating a ham sandwich out back in the garden. We replaced the sandwich with an ice-cream cone, the garden with Lake Annecy, and voila!”

VIDEO: ‘Moana: As Told By Emoji’ | Disney
Season 3 of the popular digital series launches with an emoji-fied voyage. Said director John Musker: “Moana as Told By Emoji is a funny, playful and entertaining way of telling our story, but distilled down to its essence, finding clever ways of communicating certain ideas, whether it’s a boat sinking or whatever it might be. In a way, it’s like seeing an alternate reality version of our movie.”

CALL FOR ENTRIES: Seattle Int’l Film Festival Works-In-Progress Forum
The 43rd SIFF (May 18-June 11) is presenting a new program as part of its Filmmakers Forum, which will accept two narrative and two documentary projects for industry and audience scrutiny at the fest. Deadline April 15. 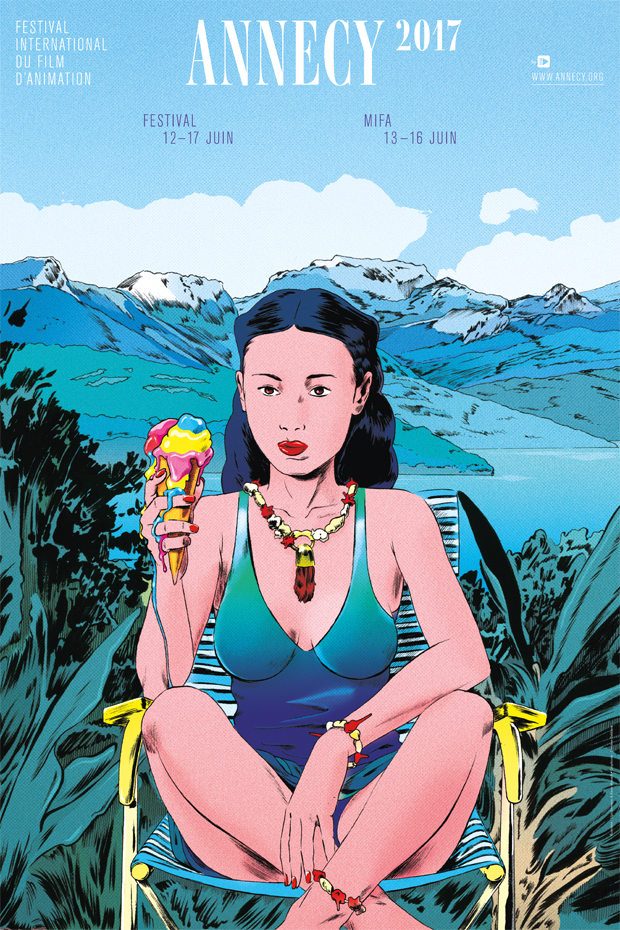