So many fun videos and clips, so little time… Would you like to see a regular video roundup feature separate from our Daily News Bytes? Drop me a line at mercedes@animationmagazine.net and let me know!

VIDEOS: Three New ‘Moana’ Featurettes from Disney
Check out the new “Voice of the Islands” tidbits on casting Moana and Maui, plus a look at the filmmaker’s original notion of a Bald Maui. Moana is on DMA now, on disc March 7 (or visit our contest page for your chance to win a Blu-ray copy!)

VIDEO: ‘Kingsglaive: Final Fantasy XV’ Breakdown Reel from Image Engine
Check out the VFX breakdown of the fully-animated FF feature crafted in collaboration with Square Enix in Japan. Image Engine is a Canadian studio which has previously delivered VFX for Jurassic World, Fantastic Beasts and Where to Find Them, and Neill Blomkamp’s District 9, Elysium and Chappie.

VIDEO: ‘Justice League Action’ – “Play Date” Clip
When Toyman (voiced by Ken Jeong) takes over the Justice League, he turns our heroes into avatars in a diabolical video game in the episode written by Paul Dini, coming to Cartoon Network on Sat., March 4 at 7:30 a.m.

VIDEO: ‘Kikoriki: Legend of the Golden Dragon’ – Video Games! Clip
Fun and games get a little too real for the little Kikoriki furballs in this clip from their second animated feature, coming to DVD in NorAm March 7. There are tons more clips on the Shout! Factory Kids YouTube page!

VIDEO: Birne, Schädel & Haupt – Episode 6 – “Eagle”
Neuer Österreichischer Trickfilm is at it again with the latest misadventure for its three-headed, well-feathered animators … which may cause an international incident. 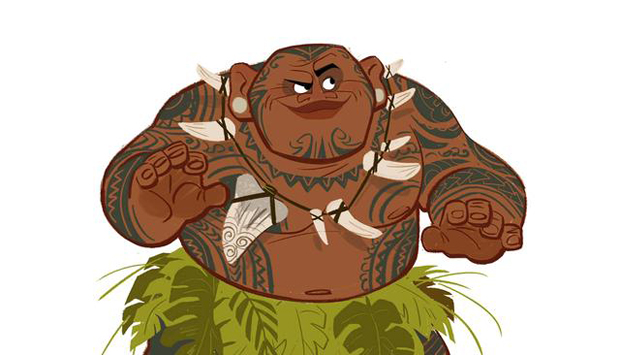