VIDEO: ‘Star Wars Rebels’ – Secret Cargo
When a routine refueling mission goes awry, the Ghost crew find themselves transporting Mon Mothma (voiced by Genevieve O’Reilly, reprising her role from Revenge of the Sith and Rogue One) across the galaxy in the all-new episode premiering Sat., March 4 at 8:30 p.m. on Disney XD.

Cal U. Is Offering Animation Workshop
California, PA-area high school students will be offered a free 3D crash course on the university campus April 1 and 8, and have a shot at being awarded one of three $500 scholarships.

Fire Dog Archie Stars in New Animation
Somebody get this sweet pupper a three-picture deal, pronto. 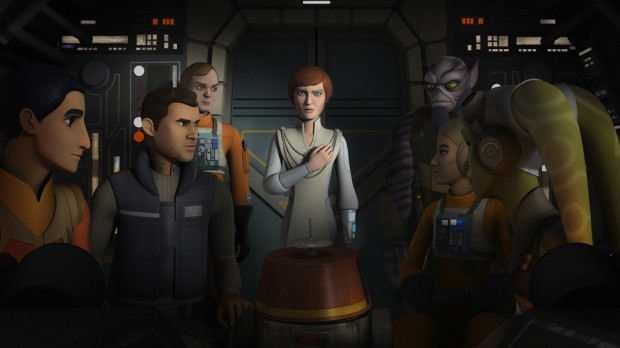