Where to Watch ‘Piper,’ the Adorable Oscar Winning Animated Short Film
If you missed Alan Barillaro’s beautiful CG exercise in feathers, water effects, and devastating tugs on the ol’ heart strings in theaters, here’s a quick and dirty guide to tracking it down online.

Anime Didn’t Make It into the Oscar Nominations This Year. Here’s Why That Doesn’t Matter.
Iman Smith looks at the Academy’s hesitant relationship with Japanese animation for PBS — and whether or not a snub for Makoto Shinkai’s much-hyped box office hit Your Name. was politics or punctiliousness.

VIDEO: ‘O.J.: The Pioneer Before the Prisoner’
With the crime documentary Made in America having become the first TV project to win an Oscar, this short animation from The Atlantic reminds viewers of what O.J. meant to the nation before the murder trial.

OUTsider Review: Queer Animation
Courtney Naquin for The Austin Chronicle reviews the 13-film collection curated by Judith Foster for the OUTsider Festival, which included entries from Japan, Israel and Germany.

Prime Focus’ Vijay Kakwani Dives Deep into the Making of ‘Chaar Sahibzaade’
Animation Xpress speak to the studio’s SVP of Operations on bringing the Rise of Banda Singh Bahadur out of the history books and into photoreal 3D for the feature, released last November. 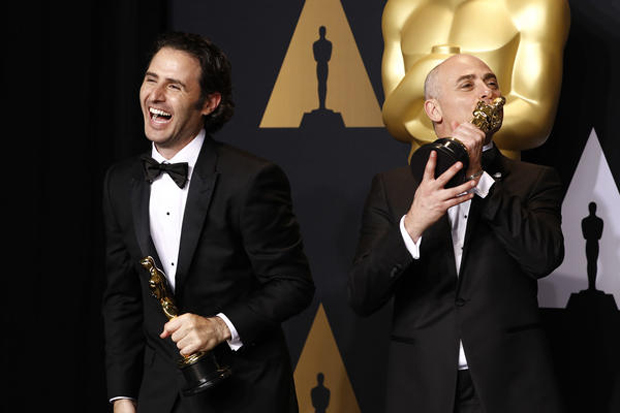