VIDEO: ‘Moana Easter Eggs’
Disney’s Pacific island adventure sets sail on Digital release today, so the studio is offering up this fun guide to its Easter eggs and a chat with Oscar-nominated songsmith Lin-Manuel Miranda on writing “We Know the Way.”

Oscar-Nominated Short ‘Borrowed Time’ Available Now
In Andrew Coats and Lou Hamou-Lhadj’s 15+ awards-winning film, a weathered Sheriff returns to the remains of an accident he has spent a lifetime trying to forget. With each step forward, the memories come flooding back. Faced with his mistake once again, he must find the strength to carry on. $2.99 on iTunes or Vimeo.

Oscar Handicap 2017: Animated Feature
FilmJerk.com turns its attention to breaking down the odds in the youngest category race.

VIDEO: ‘Dragons: Race to the Edge’ Season 4 – “That Perfect Moment”
Now available on Netflix, in season 4 the fate of Hiccup and the Dragon Riders is left in the hands of the mysterious Mala and the Defenders of the Wing, as they work to prove their innocence and create an unlikely alliance. With his elaborate and sinister plans beginning to take shape, Viggo will stop at nothing to get the Riders out of his way, including putting a pricey bounty on Hiccup’s head. 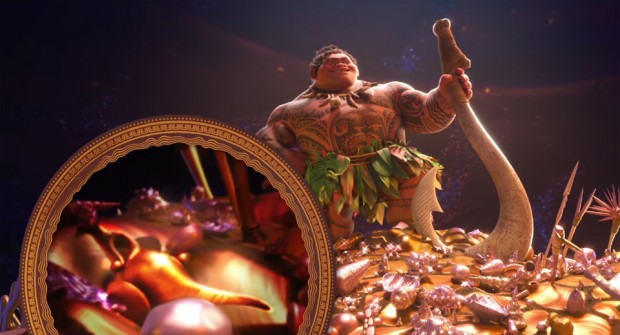