‘Rick and Morty’-esque Animation Will Make You Appreciate Your Morning Routine
Joseph Bennett and Charles Huettner’s bizarre and beautiful sci-fi short Scavengers centers on two interstellar colonists as they complete a series of truly strange rituals with alien flora and fauna in an animated world with echos of Miyazaki, Moebius, Wizards and Aeon Flux.

Local Unions to Rally in Support of SAG-AFTRA Video Game Strike
Over 100 days into the strike, the action’s biggest rally to-date is materializing for Thursday in LA as members of the Writers Guild, Teamsters Local 399, the American Federation of Musicians and reps from LA County Federation of Labor plan to join.

Thousands Demand Disney CEO Bob Iger Speak Out Against Trump Travel Ban
Over 90k concerned persons have signed the SumOfUs petition which declares Iger and other presidential advisors who have failed to speak out against the Executive Order are “complicit in the violence his administration is creating.” 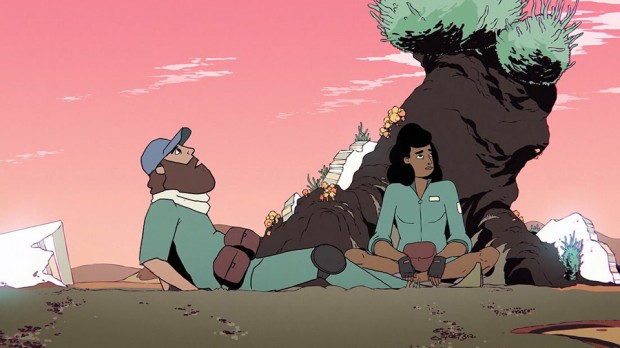 Shout! Scores NorAm Rights to ‘In This Corner of the World’
Screenvision, KAOS & Crunchyroll Team for Anime Events