Sundance Projects: Chocolate
Tyler Hurd and Gentle Manhands have created a candy-colored, wondrous VR experience set to the Giraffage song in which your arms turn into chrome kitten-spraying cannons as you traverse a spacey landscape.

VIDEO: ‘Logan’ Trailer 2
The claws come out in 20th Century Fox’s new Marvel flick when Logan (a.k.a. Wolverine) takes on a young mutant charge while caring for an ailing Professor X. In theaters March 3.

Something New for MIFA in 2017
Annecy’s premiere animated film market is longer, bigger and more adaptive than ever this year.

Watch Animation Test Footage for a ‘Rust’ Graphic Novel Adaptation
Royden Lepp’s family-friendly title has a live-action adaptation in the works, but in the meantime check out some test footage from animator Ryan J. Woodward with Iron Giant inspired vibes. 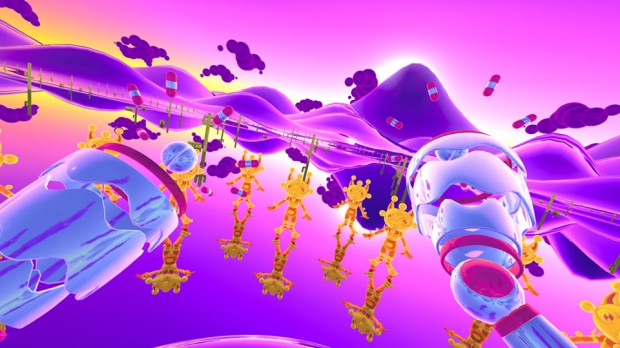