VIDEO: Bob Gets Pulled Away from Christmas Caroling | S7 E7 | Bob’s Burgers
Mr. Fischoeder interrupts the Belcher family plans in the new holiday episode of Bob’s Burgers, “The Last Gingerbread House on the Left,” airing Sunday at 7:30 p.m. on Fox.

’Secret Life of Pets’ Helmer Chris Renaud on Corporate Synergy, Visual Inspiration and the Comedy of Louis C.K.
“When we started, one of my concerns was, ‘Oh, gosh! There’s been so many great dog movies, particularly the early Disney films like Lady and the Tramp and 101 Dalmatians, and what can we do?’ What we really tried to do was capture animals as they are, warts and all, from anatomical accuracies to behavioral grossness,” Renaud tells Deadline.

Tintin Art Sells for Record Price of $1.64M at Auction
The one-page strip by Hergé from Explorers on the Moon (1954) blew away its estimated $750k pricetag at Artcurial in Paris. 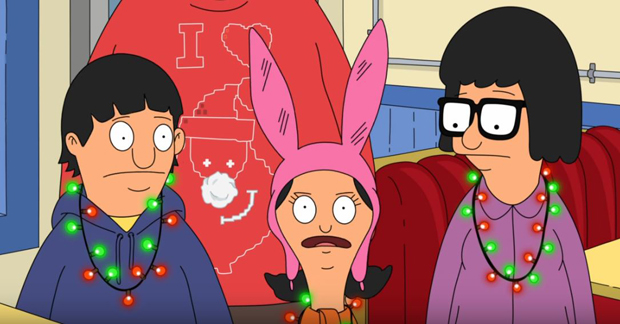