VIDEO: Star Wars Rebels “Iron Squadron” Clip
In the new episode debuting Nov. 19 on Disney XD, Ezra and Sabine team up to tame a rogue young hotshot pilot and his crew who risk their lives to defend their homeworld from the Empire, and Admiral Thrawn returns. (Catch up with last episode’s Rebels Recon recap!)

My Life as a Zucchini Creators on Puppet Nudity & the Rigorous Learning Curve of Animation
Director Claude Barras and producer Max Karli sit down with Deadline to discuss what went into the wildly acclaimed French-Swiss stop-motion feature — blood, sweat, tears and all.

First Assamese Language Animation Film to Hit Theaters on November 11
Sarbagunakar Srimanta Sankardeva, from Sanjeev Narayan and Manjur Bora, will bring the tale of the 15th century local saint to 40 theaters across the state this Friday.

Dragon Ball Super Subtitled Episodes Streaming and Simulcasts on FunimationNow
Calling all Super Seiyans: Funimation and Toei have expanded their partnership to encompass the latest story from Akira Toriyama via streaming, download and home video in NorAm. Kamehamehaaaaaa! 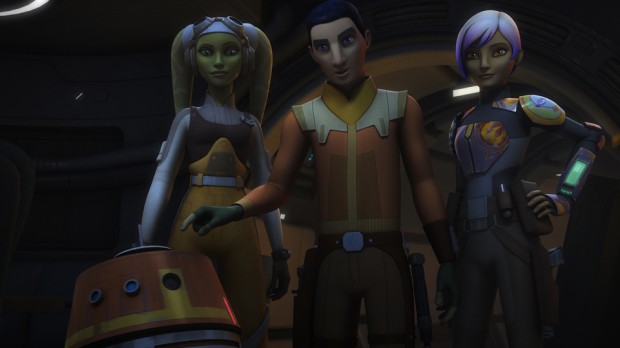