Watch Gucci Mane’s Caricature-Filled, Adult Swim Animation for All My Children
The official (NSFW) music video for the song off Everybody Looking was produced by Pangean Vision and premiered on Toonami over the weekend.

Kyoto Animation’s A Silent Voice Anime Film Earns 410 Million Yen in First 3 Days
Based on the manga by Yoshitoki Oima, the film sold over 300,000 tickets and earned roughly $4 million USD, opening at No. 2 in Japan.

Call for Entries: Tehran International Animation Festival
Submissions are open through November 5 for the 10th edition of TIAF, taking place March 5-9, 2017 in Iran.

Rare Moomin Mug Sold for Record Sum at Online Auction
The Christmas-themed mug was manufactured in 2004 and sold for 79,000 Swedish Krona, or just over $9,000 USD. 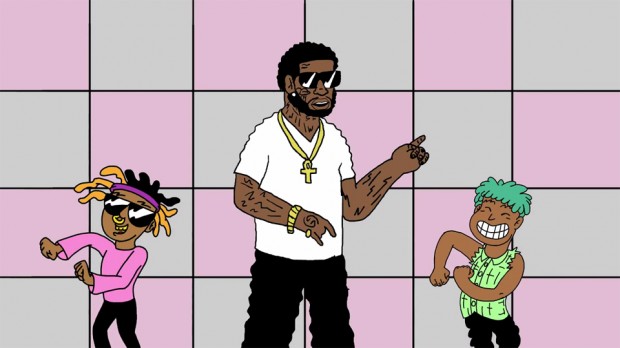 Gucci Mane’s “All My Children”