Aww, A Game about Lonely Robots Evokes the Best Children’s Animation
Grant&Bert Studios’ Abi is a story-driven puzzle game centered on a caretaker bot and industrial unit that evokes WALL-E’s emotional pull and Song of the Sea’s stylish animation.

Video: Interview with Hans Ulrich Stoef, CEO of m4e
A teutonic take on what licensors are looking for and how the company is pursuing original live-action and animated productions. 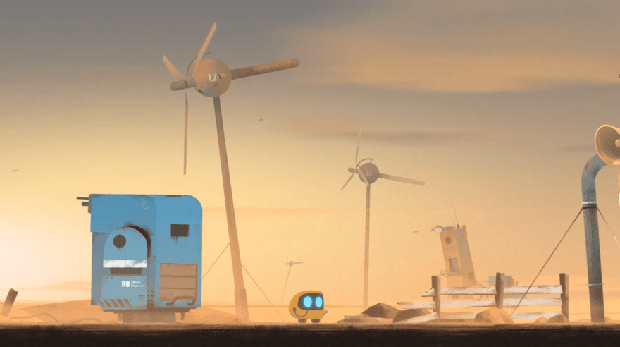