Tegan and Sara Meet BoJack Style Animation in Hang on to the Night
Acclaimed musical duo’s new music video is designed and directed by animated series artist Lisa Hanawalt, and shares many elements with the hit Netflix show.

Masters of the Universe Movie Will Be Marvel Meets Game of Thrones, According to McG
Can you imagine the bloody political machinations of GoT, combined with the multi-million-dollar VFX budget of a Kevin Feige flick, and then throw in a talking tiger for good measure?

Rogue One International Trailer Offers New Clue About Jyn’s Father
I mean, it’s pretty much the same as the previously released U.S. trailer. But in this one, they mention Jyn’s father! So we know Felicity Jones’ character is not an orphan with a mysterious past (a la Luke and Rey). Or a clone. Or a very convincing android.

TVPlayer to Live-Stream Nick Channels in the U.K.
Nickelodeon, Nick Jr. and Nick Jr. Too channels will be available on 3G and 4G streaming through a new multiyear deal. 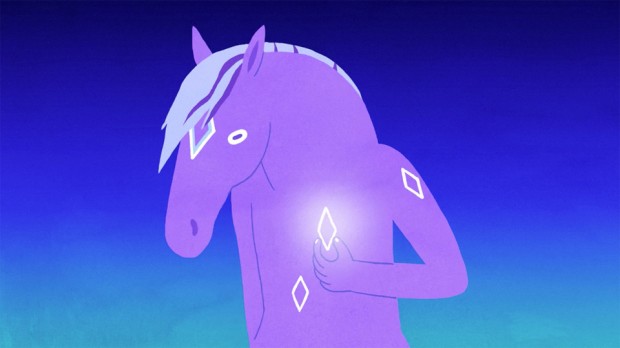 Hang on to the Night