First Look: Neil DeGrasse Tyson As a Cartoon on Disney’s Future-Worm
The ever-animated astrophysicist gets into character as a tooned up version of himself in the upcoming 2D series created by Ryan Quincy, premiering on Disney XD August 1.

Disney and Pixar Fight to Rule the Mouse House
Fast Company’s Nicole LaPorte looks at the sister studios’ trends, the state of their creative environments, and what the future holds.

Giving the World a Taste of Caribbean Animation
Animae Caribe, the first animation fest in the English-speaking Caribbean, will present a selection of films screened over its 15-year life at a special exhibition in Washington, DC this October 24-30. 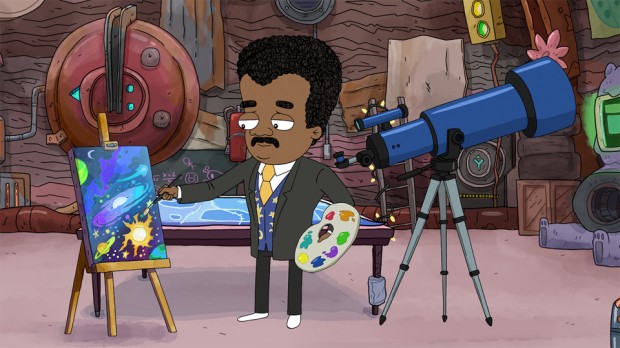