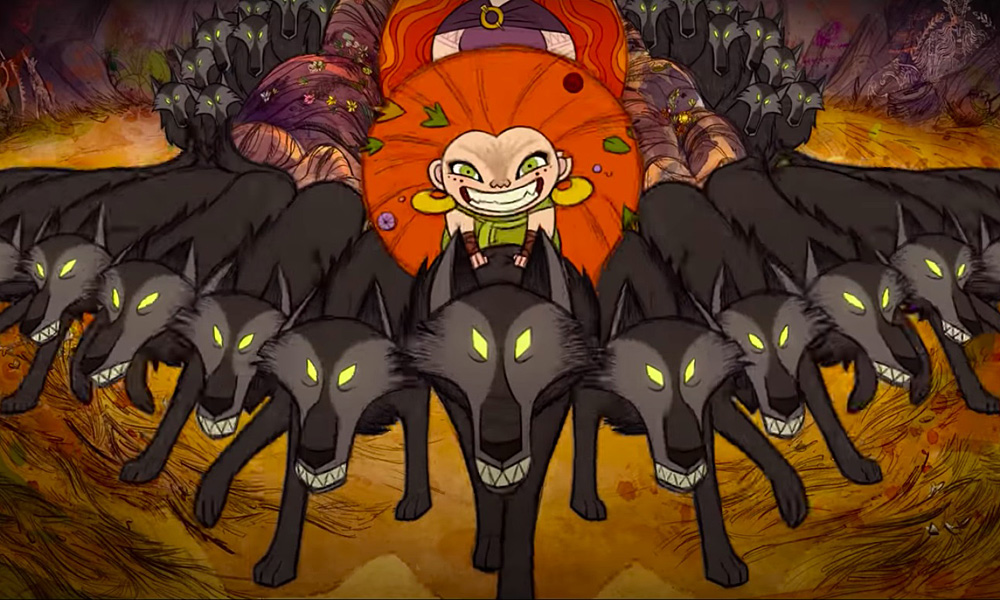 Apple/Cartoon Saloon and Melusine Productions’ much-anticipated new feature Wolfwalkers made its big-screen debut at the Toronto International Film Festival this past Saturday. The third animated feature from two-time Academy Award-nominee Tomm Moore (The Secret of Kells, Song of the Sea) and Ross Stewart, tells the magical story of a young apprentice hunter who journeys to Ireland with her father to wipe out the last wolf pack. While exploring the forbidden lands outside the city walls, Robyn befriends a free-spirited member of a mysterious tribe rumored to have the ability to transform into wolves by night.

The Apple Original film is directed by Moore and Stewart and written by Will Collins (Song of the Sea). Paul Young, Nora Twomey, Moore and Stéphan Roelants serve as producers. Moore previously directed the Oscar-nominated animated features The Secret of Kells and Song of the Sea, and Cartoon Saloon’s credits include the Oscar-nominated The Breadwinner — the latter two films also made their world premieres at the TIFF. Wolfwalkers will stream around the world on Apple TV+ following its theatrical run. GKIDS will serve as the theatrical distribution partner in North America.

Just like the other three previous Cartoon Saloon movies to date, the movie was met with hugely enthusiastic raves by critics. Here is a sampling of the early reviews:

“Of the various toon heroes Moore has imagined, Mebh feels the most vivacious. From her mischievous expressions, which reveal sharp canine teeth when she smiles, to an unruly mane littered with twigs and leaves, Mebh represents so many of the characteristics Pixar was going for with Princess Merida in ‘Brave’ embodied in a far more appealing design. The relatively lo-fi Wolfwalkers isn’t necessarily better than that film, but its female empowerment feels less forced. In the decade since Kells it’s not just the technological advances that make Moore’s latest so impressive, but the rapidly changing cultural conversations as well. He brings everything together by borrowing from timeless visual influences, leaving audiences with another stunning artwork for the ages.”

“The final film in Moore and Stewart’s ‘ Irish folklore trilogy’ is a rumbustious, fast-paced and highly commercial affair full of derring do, revelations, narrow escapes and dark life or death confrontations… A film that never dawdles when it can race, Wolfwalkers feels very cinematic. The directors make use of split screen, montages and sharp editing to sustain a lively pace. It almost goes without saying that it looks gorgeous, rich in depth of color and detail.

This lovely, satisfying saga, Wolfwalkers has the feel of an instant classic and even the seemingly obligatory inclusion of two sweeping, spirited songs does nothing to spoil the enjoyment.”

“There’s wit and adventure, and a pair of delightful young friends whose determination saves the day, but there’s also stunning art and cogent observations about colonization, stewarding the environment, ruling through fear and misinformation, the perils of over-protective parenting, and England’s centuries-long effort to control the Irish, both materially and spiritually… This is an eco-fable to show to young viewers who might not yet be ready for Princess Mononoke, but their parents should stick around as well. The many lessons that Wolfwalkers has to share, whether they’re about the relationships between children and parents or between people and nature, are ones you can never be too old to learn.”

Here is the latest trailer for the movie:

Wolfwalkers will stream around the world on Apple TV+ following its theatrical run. GKIDS will serve as the theatrical distribution partner in North America. 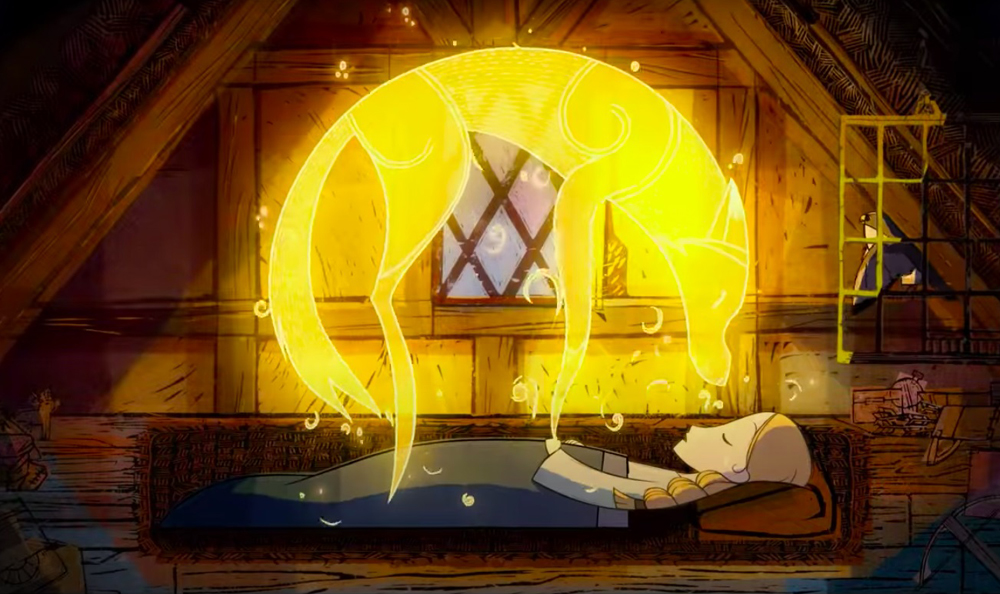