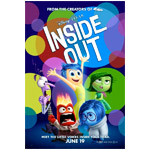 Most of us will have to wait another month to see Inside Out, but the lucky critics and attendees who caught the film in an out-of-competition spot at this year’s Cannes Film Festival are chiming in with raves likely to please Pixar fans.

The ingenuity of the premise as well as the ease with which director Pete Docter and the team at Pixar pulled off the execution have many critics ranking the film as among the studio’s best.

“A ’60s avant-garde head-trip repackaged as a big slice of mainstream entertainment, Inside Out could easily have been titled Childhood’s End, as it ingeniously personifies the furiously erupting sensations associated with the onset of adolescence as a bunch of emotionally competitive cartoon characters.”

“Sure enough, in execution, Pixar’s 15th feature proves to be the greatest idea the toon studio has ever had: a stunningly original concept that will not only delight and entertain the company’s massive worldwide audience, but also promises to forever change the way people think about the way people think, delivering creative fireworks grounded by a wonderfully relatable family story.”

“Pixar Animation delivers yet another richly realized, candy-colored universe in the reliably witty, emotionally deft Inside Out, premiering to deserved acclaim in a Cannes Out Of Competition slot. … Director Pete Docter completes a winning hat-trick for his Disney-owned employer, following Monsters, Inc. and Up, with co-direction this time around from storyboard artist Ronaldo Del Carmen.”

Still positive but slightly less enthusiastic is Peter Bradshaw, who writes in The Guardian:

“Pete Docter’s new animation Inside Out does not deliver that shock of the new which was so stunning in the Pixar heyday of the last decade — all the dazzling technical spectacle of detail, color and light which had us gobsmacked, and which we now take utterly for granted. This movie is a sweet-natured coming-of-age comedy, a kind of tween-transition crisis, though with a fundamentally sunny Disneyfied worldview. It hasn’t anything as genuinely emotionally devastating as Up, or the subtlety and inspired subversion of Monsters, Inc. and the Toy Stories which it certainly resembles at various stages. But it is certainly a terrifically likeable, ebullient and seductive piece of entertainment, taken at full-throttle.”

Inside Out will be released in theaters June 19. 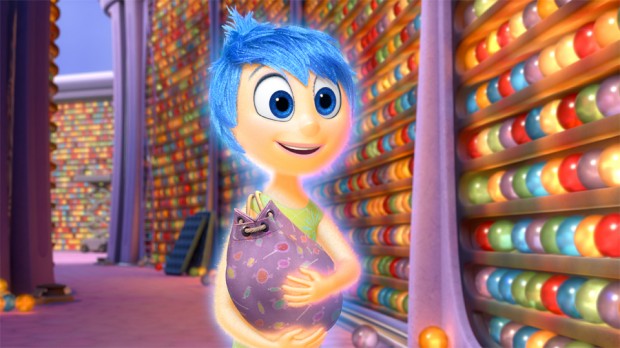