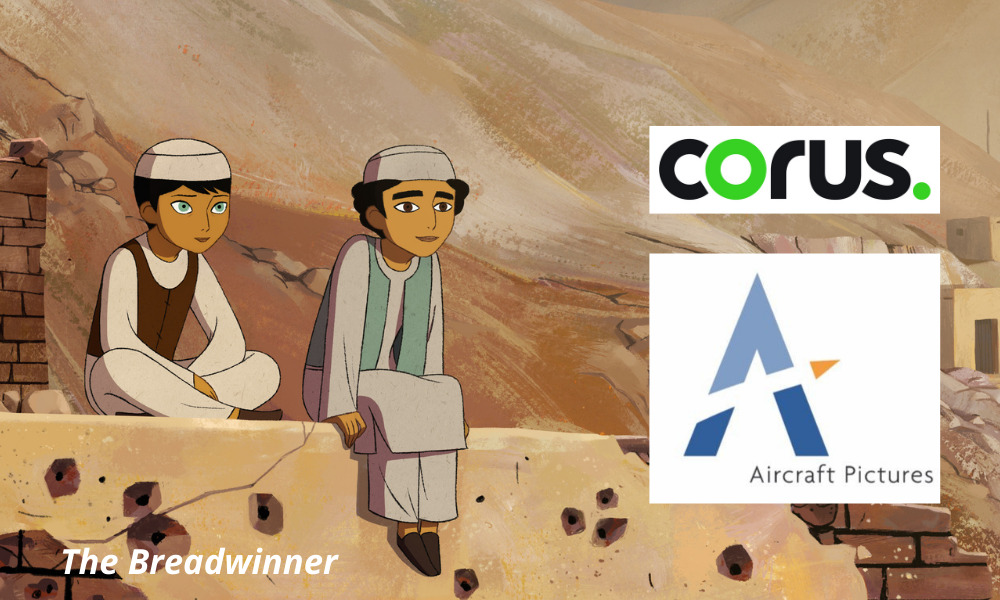 Corus invests in Aircraft Pictures, producer of The Breadwinner

“Bringing Aircraft Pictures’ demonstrated creative capabilities and entrepreneurial talents into the Corus orbit will help to accelerate our strategy of expanding our global content business,” said Colin Bohm, EVP of Content & Corporate Strategy, Corus Entertainment. “We are thrilled to be in business with two of the most respected producers in the industry.”

Aircraft Pictures produced the Oscar-nominated animated feature film The Breadwinner in 2017; the Emmy Award-nominated live-action series Holly Hobbie; the hit trilogy of family-friendly television movies based on the Gordon Korman Bruno & Boots novels, which first aired on YTV in 2017; and the recently announced animated series Summer Memories. Aircraft Pictures has a robust slate of family-friendly scripted projects that are poised to capitalize on market demand for that genre, and Corus’ investment will assist Aircraft Pictures in expanding its capacity for developing, financing and producing premium content, with a focus on international co-productions.

“Andrew and I are truly fortunate to work with outstanding creative talent, exceptional co-producing partners and distributors and world-class broadcast and streaming platforms,” said Anthony Leo, Co-President of Aircraft Pictures. “As we plan to grow the company in new and exciting ways, the additional resources that this landmark step provides will increase the value Aircraft Pictures can extend to our partners exponentially.”

Andrew Rosen, Co-President of Aircraft Pictures, added, “Having worked with Corus for many years achieving tremendous success with the Bruno & Boots films, we’re looking forward to turning this exciting partnership into a legacy of family-friendly content that resonates with audiences around the world.”

This investment builds on Corus’ growing content business, with Aircraft Pictures joining venerable studio Nelvana, respected publisher Kids Can Press, and Corus Studios, each of which brings best-in-class content to leading platforms such as Nickelodeon, Discovery, The CW, Netflix, Hulu, and Amazon.