The new year in animation kicked off in gear in grand style as Pixar unveiled concept art for its upcoming movies. The studio offered up new images The Good Dinosaur (May 30, 2014), Untitled Pixar Movie That Takes You Inside the Mind (June 19, 2015) and the Dia de los Muertos movie (2016).

The Good Dinosaur. Director: Bob Peterson. What if the cataclysmic asteroid that forever changed life on Earth actually missed the planet completely and giant dinosaurs never became extinct? (May 30, 2014) 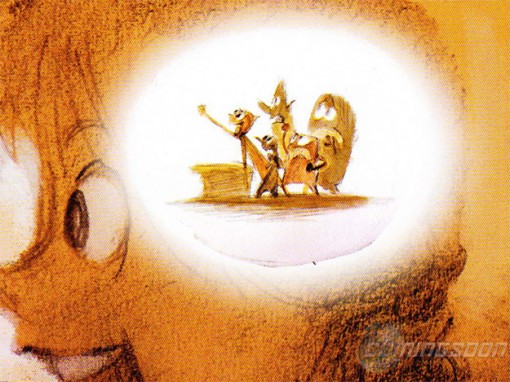 Untitled Pixar Movie That Takes You Inside the Mind

Untitled Pixar Movie That Takes You Inside the Mind. Director: Pete Docter (Up, Monsters, Inc.), Producer: Jonas Rivera (Up). The inventive new film will take you to a place that everyone knows, but no one has ever seen: the world inside the human mind. (June 19, 2015)