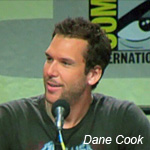 The final pieces are coming together for Disney’s upcoming summer feature Planes as the studio announced that comedian Dane Cook has signed to voice its central character Dusty. Cook will voice a small, go-getter plane who dreams of being a pro racing plane but must overcome both a lack of experience and, more important, a fear of heights to achieve his goals. He turns to a seasoned naval aviator who helps Dusty qualify to take on the defending champ of the race circuit. Jon Cryer (Two and a Half Men) was originally set to voice the character.

The 3-D pic is being directed by animation veteran and huge aviation fan Klay Hall (Tinker Bell and the Lost Treasure, The Simpsons, King of the Hill), exec produced by John Lasseter and produced by Traci Balthazor-Flynn.

The Disneytoon production is set to soar in theaters on August 9, but it will face tough summer competition from Fox/Blue Sky’s Epic (May 24), Pixar’s Monsters University (June 21), Universal/Illumination’s Despicable Me 2 (July 9), Fox/DreamWorks Turbo (July 19) and Sony’s Smurfs 2 (July 31). 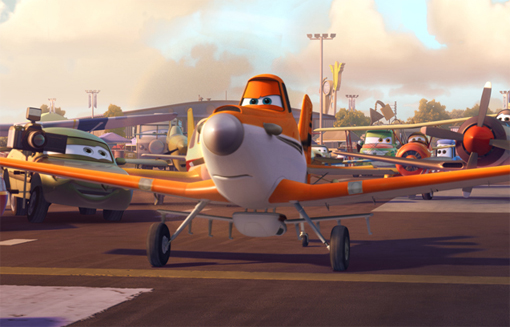