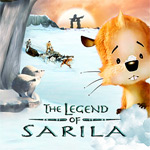 L.A.-based Cinema Management Group has sold its Canadian 3-D stereoscopic animated feature The Legend of Sarila to Russia’s Luxor, Germany’s Telepool and Israel’s 5 Star Pictures at the American Film Market. The Legend of Sarila will be delivered in February and released early next year in Canada.

Directed by Nancy Florence Savard, the family adventure pic follows three young Inuits as they embark on a journey full of magic and dangerous spirits as they try to save their clan from being destroyed by a scheming shaman. The voice cast includes Christopher Plummer, Genevieve Bujold, Elisapie Isaac and Rachelle Lefevre. The film is produced by Florence and CarpeDiem’s production team, consisting of Marie-Claude Beauchamp, Paul Risacher, and Normand Thauvette. The film is written by Pierre Tremblay and Roger Harvey. Eric Lessard (Shrek 1,2,3 & Madagascar) is the pic’s  talents as animation supervisor. Production was completed at Modus FX studios.

“We had a great experience working with the team at Luxor on our Khumba deal and they were thrilled with the amazing new 3D footage from The Legend of Sarila. When Luxor, Telepool and 5 Star Pictures heard our marketing campaign for 2013 and saw some of the publishing deals the people at Sarila have put together, they all told us they wanted to be involved with this wonderful family adventure,” said CMG president Edward Noeltner.

Prior to AFM, CMG sold the pic to Front Row Entertainment for distribution in the Middle East, Associated Euromedia for Turkey and Talent Epitome for China. 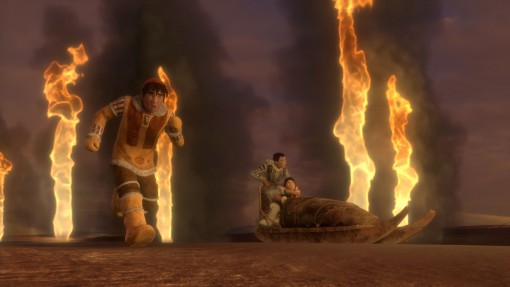