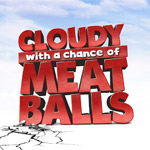 Sony Animation has tapped Cloudy with a Chance of Meatballs artists Cody Cameron and Kris Pearn to direct the studio’s sequel to the popular CG film, Variety reports. The project is still in development and has no yet received an official greenlight.

The first film (2009), which was based on the popular children’s book about a scientist who turns weather into food by Judi and Ron Barrett, was also helmed by first-time feature directors: Chris Miller and Phil Lord (TV’s Clone High). The 3-D Cloudy went on to gross over $230 million worldwide. Lord and Miller will serve as exec producers on the sequel effort.

Cameron served as story artist on the first Cloudy, while Pearn was head of story. Cameron has also directed last year’s home video sequel Open Season 3 for the studio. Cloudy with a Chance of Meatballs 2 will also see longtime Sony Animation producer Kirk Bodyfelt (Open Season 2 & 3) on board. The script is being tackled by John Francis Daley and Jonathan Goldstein and will follow the further adventures of madcap inventor Flint Lockwood. 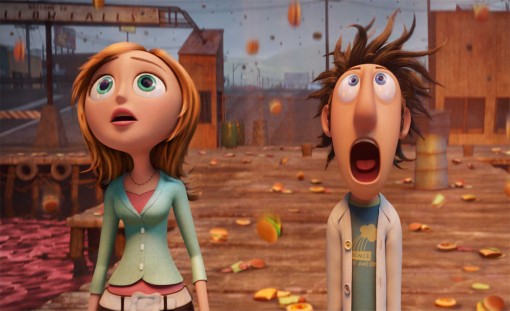