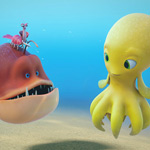 On August 25, Lionsgate will be releasing a fresh European animation catch to US theaters and On Demand: Deep, directed by award-winning documentary filmmaker Julio Soto Gúrpide (Radiophobia). The CG family adventure combines a coming-of-age story with ecological themes set in a colorful world beneath the waves.

In the clip below, the little yellow octopus hero of our tale, Deep (voiced by Justin Felbinger) breaks out of his community’s safe zone and discovers some leftover human “treasures.” But, hastily trying to cover up his playing hookie from an important chore has unintended consequences! The Deep voice cast also features Stephen Ezra Hughes (Evo), Lindsey Alena (Alice), Elisabeth Catherine Gray (Maura), Anna Vocino (Norma) and Dwight Schultz (Kraken).

Synopsis: When a playful octopus named Deep gets his undersea fish colony in trouble, the tribe’s stern leader Kraken orders Deep to go find help. Joined by his splashy BFFs—a sassy shrimp and a silly anglerfish—Deep takes an epic, colorful journey through submerged cities and sunken ships, where they meet outrageous creatures that help the trio on its way. Throughout the adventure, Deep and his buddies laugh, sing, and bond with one another, proving that friendship can be a very “deep” subject.

Deep is a production of The Thinklab Media, UFUND, The Kraken Films, Grid Animation and Silver Reel. 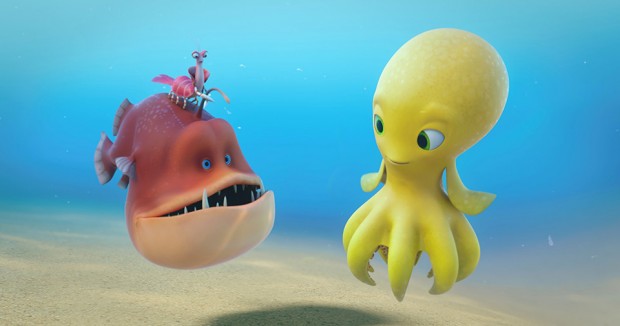 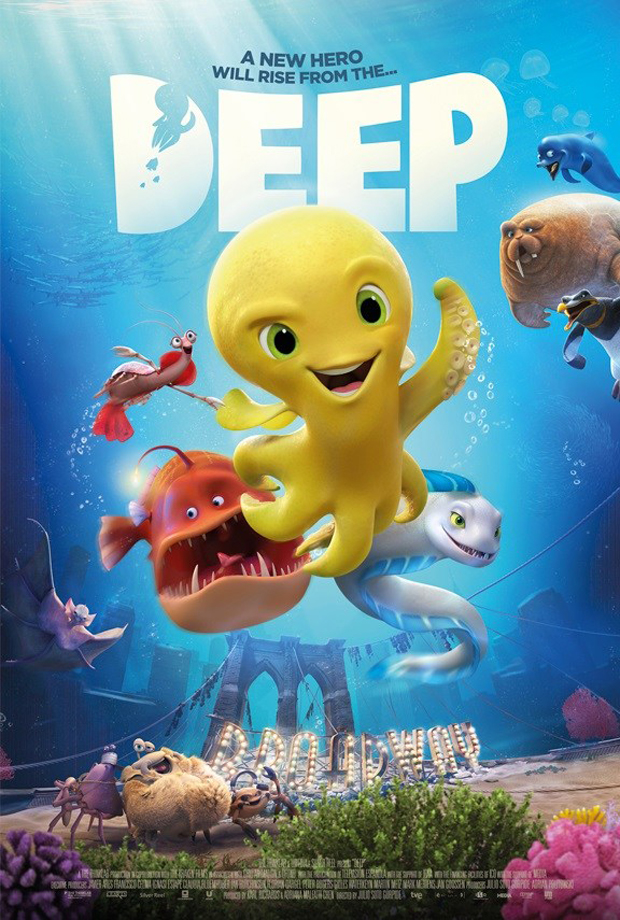