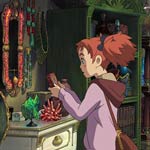 For a limited time, GKIDS is making the stunning first scene to Hiromasa Yonebayashi’s Mary and the Witch’s Flower available to view online. The nail-biting opener takes viewers on a frantic broomstick flight along with a familiar looking witch, as she dodges sinister morphing spirits through the air. It also hints at the mystery of the glowing blue flowers crucial to the film’s plot, and their power.

Produced by Studio Ponoc, Mary and the Witch’s Flower opens in the US on January 19, preceded by a special premiere event featuring an exclusive filmmaker in select locations on January 18 — tickets available through Fathom Events. Full run theater listings will be available soon at www.maryandthewitchsflower.com.

From Academy Award-nominated director Hiromasa Yonebayashi (Studio Ghibli’s When Marnie Was There and The Secret World of Arrietty) the film centers on an ordinary young girl named Mary, stuck in the country with her Great-Aunt Charlotte and seemingly no adventures or friends in sight. She follows a mysterious cat into the nearby forest, where she discovers an old broomstick and the strange Fly-by-Night flower, a rare plant that blooms only once every seven years and only in that forest. Together the flower and the broomstick whisk Mary above the clouds, and far away to Endor College – a school of magic run by headmistress Madam Mumblechook and the brilliant Doctor Dee. But there are terrible things happening at the school, and when Mary tells a lie, she must risk her life to try to set things right.

Based on Mary Stewart’s 1971 children’s classic The Little Broomstick, Mary and the Witch’s Flower features the voices of Ruby Barnhill, Kate Winslet and Jim Broadbent. The film was written by Riko Sakaguchi and Yonebayashi, and produced by Yoshiaki Nishimura. 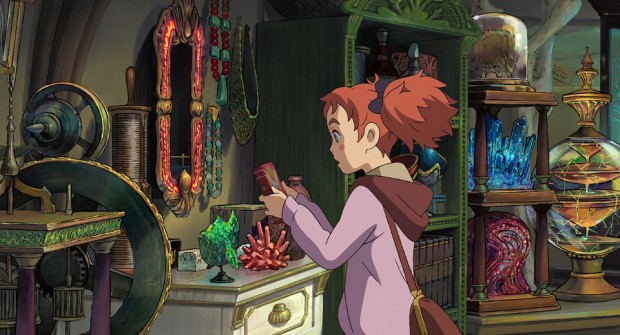