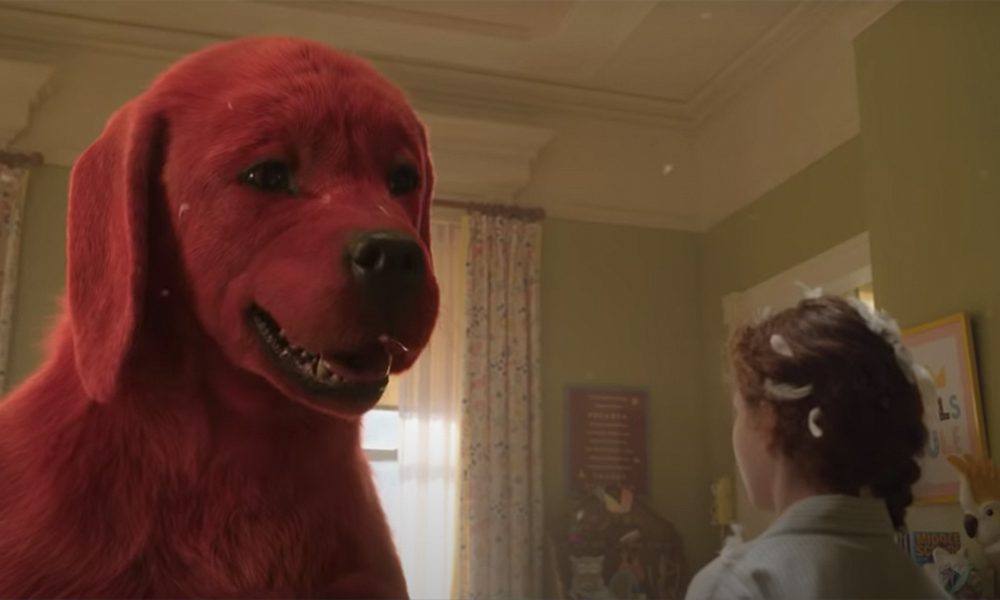 Worries over whether family audiences will be able to visit U.S. cinemas at the end of summer due to the risks posed by the delta variant coronavirus has pushed Paramount Pictures to pull Clifford the Big Red Dog from its planned September 17 release date (having been moved up from the earlier announced November 5 debut). After considering a one-week push, the studio has opted to remove the supersized pupstar from the calendar for now.

Based on Norman Bridwell’s popular Scholastic book series, the live-action/CGI hybrid feature was also set to screen as a Gala Presentation at Toronto Int’l Film Festival through Canadian rights holder eOne Films, but it is uncertain if the pic will premiere at the festival without a domestic release date set.

When middle-schooler Emily Elizabeth (Darby Camp) meets a magical animal rescuer (John Cleese) who gifts her a little, red puppy, she never anticipated waking up to find a giant ten-foot hound in her small New York City apartment. While her single mom (Sienna Guillory) is away for business, Emily and her fun but impulsive uncle Casey (Jack Whitehall) set out on an adventure that will keep you on the edge-of-your-seat as our heroes take a bite out of the Big Apple.

Clifford the Big Red Dog is directed by Walt Becker (Alvin and the Chipmunks: The Road Chip, Old Dogs) from a screenplay by Jay Scherick and David Ronn (The Smurfs, The Smurfs 2) and Blaise Hemingway (Uglydolls, Playmobil: The Movie). The cast also includes Tony Hale, Sienna Guillory, David Alan Grier and Russell Wong.

September is pretty much open for theatrical animation/family releases without Clifford, but major fully-animated sequels and originals are due to roll out through the upcoming holiday season including The Addams Family 2 (MGM) and Hotel Transylvania: Transformania (Sony) going head to head on Oct. 1, Locksmith’s Ron’s Gone Wrong on Oct. 22 (20th Century), Disney’s magical Colombian adventure Encanto on Nov. 24 and Illumination’s Sing 2 on December 22 (Universal). It remains to be seen if Paramount’s decision is heralding another round of massive theatrical release scrambles from the studios, or a one-off act of understandable caution.

‘Night of the Animated Dead’ Arises from WBHE This Fall
Watch: ‘Rick and Morty’ Gets an Existential Anime Twist in New Short from ‘Tower of God’ Director