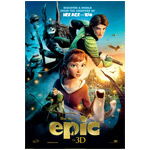 Blue Sky Studios co-founder and Oscar-winning animation director Chris Wedge took some time out of his busy schedule to show a few scenes from his upcoming feature Epic to members of the press recently. Best known for helming features such as Ice Age and Robots and voicing the beloved character Scrat, Wedge said he has been working on the much-anticipated fantasy feature for over a decade.

“Whenever I start thinking about a new project, I begin to imagine it as a cool place to visit,” he noted. “In in this case that place is the forest, the woods behind your house, a park near you or a summer camp when you grew up. Like any forest there’s a battle between forces of life and forces of decay. Our movie gets to visit that world in a special way.”

Based on the William Joyce’s popular illustrated book The Leaf Men and the Brave Good Bugs, the film centers on a teenage girl (voiced by Amanda Seyfried) who finds herself involved in a secret battle between the tiny, good Leaf Men and the evil forces of darkness known as Boggens. The eclectic voice cast includes Colin Farrell, who plays Ronin, the stoic leader of the Leaf Men, Josh Hutcherson, Christoph Waltz as the nefarious Mandrake, Aziz Ansari as a womanizing slug and Chris O’Dowd as his snail buddy. Jason Sudeikis voices Professor Bomba, the one man who knows about this secret world and Beyonce supplies the voice of Queen Tara, the Mother Nature-like queen of the forest. The pic is produced by Blue Sky veterans Lori Forte and Jerry Davis.

Wedge pointed out that a lot of attention was paid to make this world similar to the natural world we are all familiar with, which hides a miniscule universe inhabited by little characters racing each other and participating in these epic battles. Judging from the brief scenes previewed today, the movie promises to be a visual feast, sparkling with beautiful, CG-animated depictions of a lush, green, magical woods. The character designs for the humans seem a bit reminiscent of DreamWorks’ holiday feature Rise of the Guardians, which seems natural as Joyce’s beautiful illustrations were the inspirations for both feature. The action sequences which involve the Leaf Men riding hummingbirds or swinging from tree branches displayed a keen sense of energy and vibrancy, and as the director noted, “lots of swashing and buckling.”

Aerosmith and American Idol fans may also get a kick out of the fact that rocker Steve Tyler is also part of the voice cast, playing a bon-vivant character called Nim, who loves to throw wild parties and entertain the denizens of the forest. “He brings a lot of himself to the role,” joked Wedge. The director also pointed out that the exciting, score for the film was composed by none other than Danny Elfman, and that it’s a throwback to the music of classic Hollywood action movies.

Fox will release Epic in theaters on May 24. Here’s the current trailer for the movie: 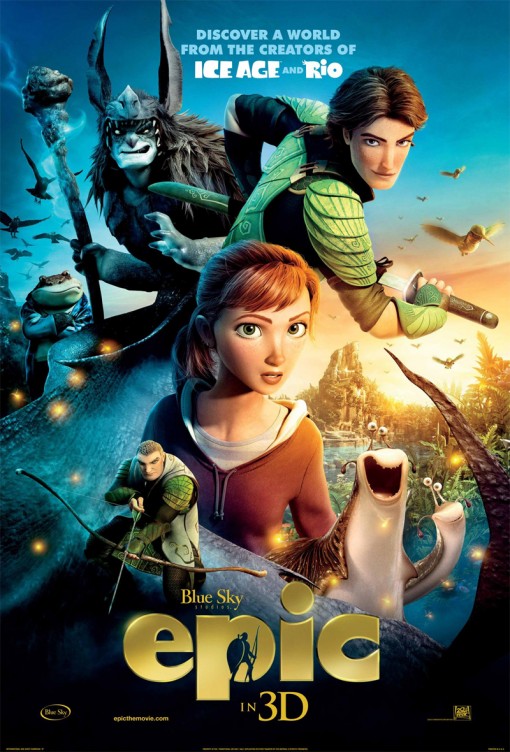