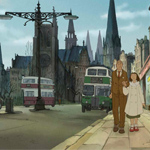 Based on a script by the late French helmer Jacques Tati, Sylvain Chomet’s The Illusionist delivers a beautiful homage to a vanishing breed of entertainers.

More than four years ago, when acclaimed French animation auteur Sylvain Chomet (The Triplets of Belleville) announced that his next feature was going to be based on an unproduced script by the late comic master Jacques Tati, everyone thought it was a brilliant pairing. Now that this hand-drawn labor of love is finally arriving in theaters around the world, it’s clear to see that it’s been worth the wait. 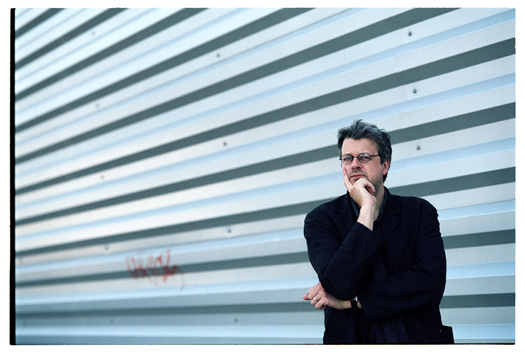 The idea for the movie first came about when Chomet was working on his 2003 Oscar-nominated film, The Triplets of Belleville. The Paris-born director wanted to use a brief clip from Tati’s beloved Jour de Fête (Holiday) movie, which featured Tati as a postman on a bicycle, so he got in touch with the late French helmer’s daughter Sophie Tatischeff to get her permission. “Our producer, Didier Brunner, showed her some of the elements of the film, and she was very happy to authorize the clip,” recalls Chomet during a phone interview from his home in Provence.  “She also told us that she had this unproduced script by her father that she thought would be a great project for me.”

Although Sophie died of lung cancer in 2001 and never saw the finished Triplets, the Tati estate entrusted Chomet with the script for The Illusionist, which was penned between 1956 and 1959. He finally got to read the script on the train to the Cannes Film Festival in 2003, where Triplets got its world premiere. “The story was about the passing of time, and I understood why Tati never made it,” Chomet explains. “It was too close to himself and dealt in things he knew all too well, and he preferred to hide behind his character Monsieur Hulot.”

The limited-dialog movie follows the relationship between a struggling magician who finds himself competing with British rock bands on the road. The gentle-paced, hand-drawn tale also focuses on the entertainer’s melancholy and platonic relationship with a young girl who joins him on his travels. 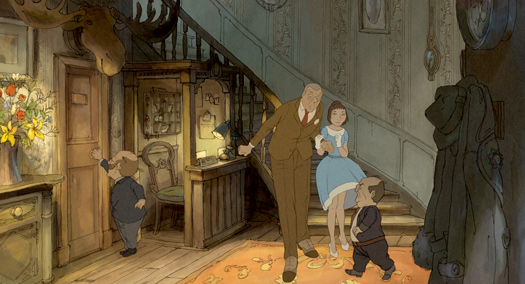 “As I was reading the script on the train, I really liked the sensitivity and beauty of the story,” says Chomet. “I felt that it was a pure and simple tale, about how this magician changes the girl’s life. It would be a challenge to tell the story—but the way it’s shot is very theatrical. You live very closely to these characters. I also felt that we needed to tell this story in this medium of animation—and that not all animated movies have to be CG and meant for children.”

In addition to bringing his sweeping, visual poetry to the piece, Chomet also added some characters and moved the story from Prague to Edinburgh. “I fell in love with Edinburgh when we took Triplets of Belleville to the Edinburgh Film Festival,” he says. “I found the city a magical place, and my wife Sally and I moved there to set up a studio. I think it’s important to live in the same environment you are trying to animate because your inspiration is all around you.”

Chomet and his wife set up Django Films in 2006 and began work on the project the following year. “We had something between 250 and 300 people working on the movie at its peak,” says the helmer. “Because it was a France/U.K. production we had to choose people from Europe and then we had to find 2D animators, but eventually we opened it up. Basically, the line animation was done in Edinburgh, the secondary animation and crowd scenes were done in Paris, and the in-between work went to studios in Korea.”

According to the director, 80 percent of the feature is 2D, while CG is used to depict vehicles such as cars, trains and boats. “For me, nothing depicts human emotion better than 2D animation,” he adds. “People used to say that 2D was old-fashioned and dead, but it’s simply not true. All the films that make me cry, like Disney’s Snow White and the Seven Dwarfs and many of Miyazaki’s movies, are 2D. You can really feel the emotions of the characters in those movies, and that was something I was also after in this film.” 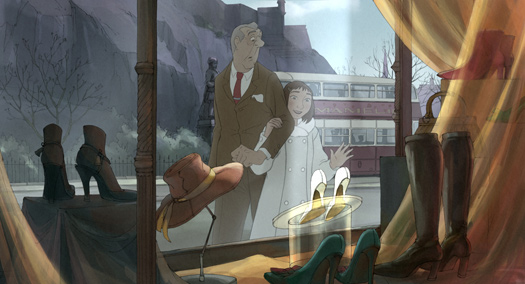 Chomet, who had gone through a horrible experience of working with Universal on the The Tale of Despereaux (which was completed by Sam Fell after he left the production), joined forces with producer Bob Last (The House of Mirth) to realize his new venture. “When I first read the script, elegantly finessed by Sylvain to include the Edinburgh and Western Isles change in locale, I could see immediately how perfect the choice of script was for Sylvain’s next project. Yet it had to stand on its own merits, working for an audience who might now know Tati’s work. The classical nature of its core story about loss and growing up was its greatest asset.”

One of the most important steps Chomet had to take was to opt for a more realistic approach than his previous feature. “I have a special fondness for Disney features from the 1960s, such as The Aristocats and 101 Dalmatians, because you can really see that the characters are alive and feel real,” says Chomet. “We really needed to have amazingly good animators on our team to bring it to life.”

As the film’s animation director Paul Dutton explains, many of the 2D animators in the country had moved on to the CG field. “We really had to scour Europe, visiting many cities, before we found our team. Some were old school animators with 40 years of experience. Others were recent graduates driving buses in Germany to make ends meet because of the lack of available positions. We eventually built up to a crew of 80 people in the core studio and they all delivered amazing work. The lead studio was eventually augmented by over 100 creatives working in other studios.”

The animators took life-drawing classes and many of the key artistic team members studied the works of Tati to get a good feel for his physical movements and mannerisms and feel confident about how he married sound, music and images in his major movies.

Dutton, who had never been to Edinburgh before, made sure he soaked up the atmosphere of the city in order to pass it on to the audience. “I had my eyes open in amazement at the architecture and unique atmosphere of the city,” he notes. “Art director Bjarne Hansen did a great job researching the way everything looked in the 1950s, from the town centre to the fish ‘n’ chip shops in the side streets. Everything had to feel authentic so the characters against this backdrop would seem specific to their time.” 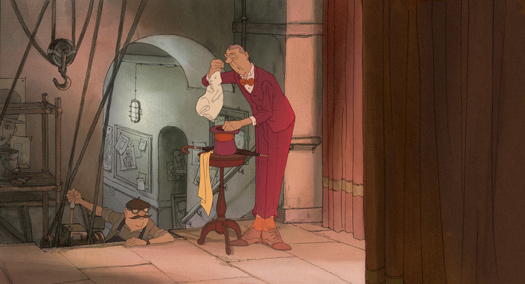 “The artistic style, the backgrounds, much of it was simply inspired by being in Scotland,” adds Chomet. “You just have to open your window and you feel it. The movement of the clouds as reflected on the landscape—there’s something in the air there that I haven’t felt anywhere else. Besides that, I brought my own styles and tried to make it more realistic and less caricature-style. It’s the technique I learned from the movies from the Golden Age of Disney—101 Dalmatians and The Jungle Book.”

As if carrying on the Tati legacy weren’t a huge enough task, Chomet also composed the evocative music for The Illusionist as well. This won’t surprise those who recall that the song he composed for The Triplets of Belleville with Benoît Charest was nominated for an Oscar, “I composed the score as we were making the picture,” he tells us. “However, I finished the end music at the same time so that you can really feel the connection between what’s on the screen and the score.”

Looking Back in Wonder

When asked about his strange experience of working on a Hollywood studio picture, Chomet says he is still puzzled by the way things turned out. “People at Universal wanted to make a film with me and they said they loved my style and my vision,” he says. “But when I started to work with them, they wanted me to be a director for hire and a yes-man. I had a really nice vision for Despereaux, but that wasn’t the film they made. Of course, that doesn’t mean I wouldn’t want to work in CG animation. I have seen some amazing films from Pixar—both Up and WALL–E are wonderful director’s films. In fact, all kinds of animation, including stop-motion, is being used in some very interesting ways today.”

The 47-year-old director believes that although France has been producing more animated features and TV series than before, there’s too much emphasis on adapting comic books and developing copycat commercial fare. “Of course, there are directors like Michel Ocelot (the Kirikou movies) and Jacques-Rémy Girerd (Mia and the Magoo, Raining Cats and Frogs), who are artists and true craftsmen,” says Chomet. “But the generation after me is only interested in comic books.”

As much as he loves expressing his artistic ideas through animation, Chomet will be diving into the live-action world in 2011. “I had a really nice experience working on one of the segments of the anthology movie Paris, Je T’Aime before The Illusionist. After that, I don’t know what I will focus on. But after my experience on Despereaux, I hope if an American producer wants to work with me, I hope they let me do it my way.” 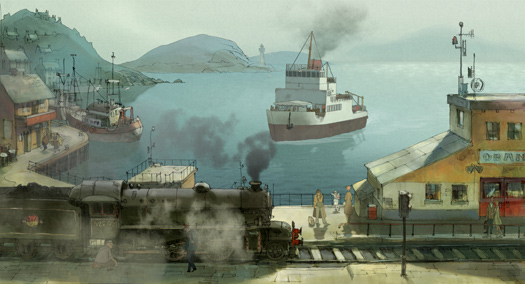 When asked his favorite scene in Illusionist, Chomet picks the travel sequences. “I love the train scenes; maybe because I read the script in a train,” he says. “But my favorite is the last seven minutes, where the music drowns out all the noise. The girl comes back to the apartment and sees the flowers, and it’s really moving. I think the animators did an amazing job. We did everything by hand and with our brains, without using references or rotoscopy. The way the girl looks in the last scene is very special for me. I don’t know anyone who has seen the movie and is not moved by it.”

You may also like...
Related Topics:Sony Pictures Classics, The Illusionist