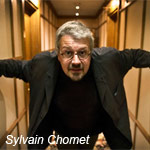 Didier Brunner, the prolific French animation producer behind films such as Kirikou and the Savage Beast, The Secret of Kells and this year’s much-anticipated Ernest and Celestine told Animation Magazine that he and director Sylvain Chomet are working on a new prequel to the Oscar-nominated 2004 Triplets of Belleville.

The prequel, which is called Swing, Popa, Swing focuses on the early days of the triplets and their relationship with their 100-year-old father, who wants the girls to focus on studying medicine instead of music. There are also science fiction elements in the movie, which includes aliens and CIA and KGB agents who are fighting to capture their spacecraft. Brunner said that his Paris-based studio Les Armateurs will be working on the movie and they are considering developing the project as a stereoscopic 3D CG-animated movie. The producer said the film will probably commence production in 2013.

Brunner’s Cannes and Annecy 2012 project, Ernest and Celestine is directed by Benjamin Renner (the short A Mouse’s Tale) and Stéphane Aubier and Vincent Patar (A Town Called Panic). The 2D animated family film is based on a charming collection of books by the Gabrielle Vincent. It centers on the unlikely friendship between a musically gifted bear and a little mouse who dreams of being an artist. It will be released in France in December of 2012. You can read about the making of the movie in the upcoming June issue of Animation Magazine. 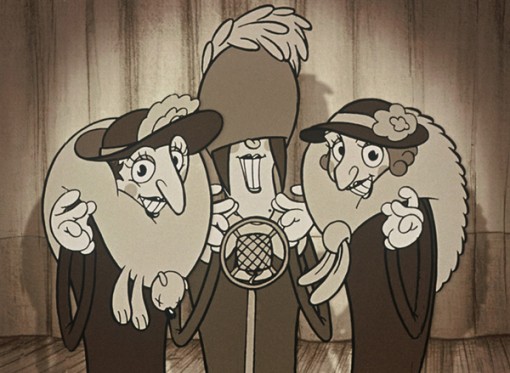 Here is the trailer for the original Triplets of Belleville:

And here is a taste of Ernest and Celestine: