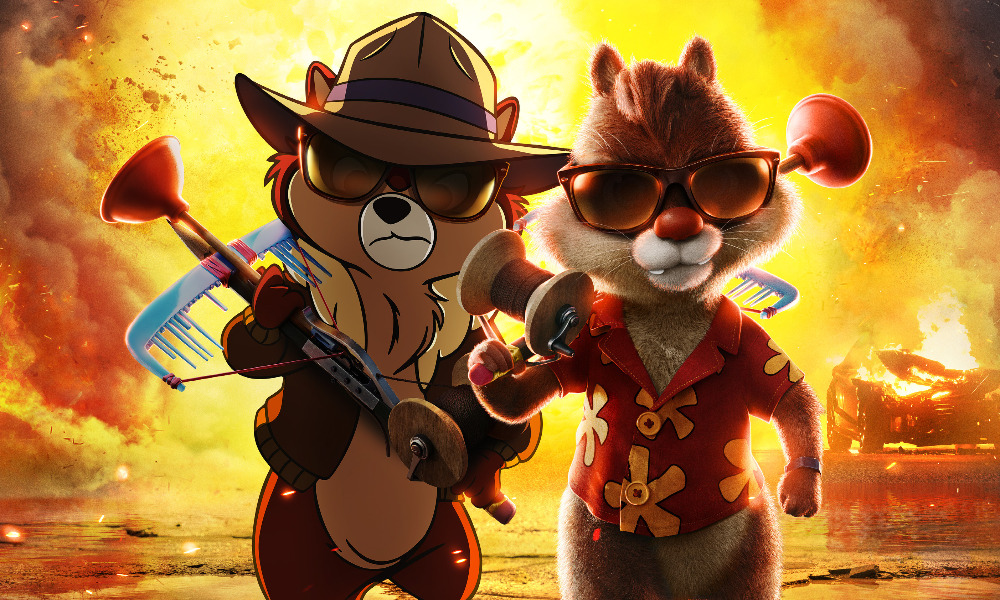 Disney+ released today a new trailer and key art for upcoming original movie Chip ‘n Dale: Rescue Rangers. ‘ A comeback 30 years in the making,’ the hybrid live-action/CG-animated action-comedy will catch up with the former Disney Afternoon television stars (and many more familiar faces from the tooniverse) in modern-day Los Angeles when it premieres on May 20.

In Chip ‘n Dale: Rescue Rangers, the eponymous chipmunks are living amongst cartoons and humans in the City of Angels, but their lives are quite different now…

It has been decades since their successful television series was canceled, and Chip (voiced by SNL‘s John Mulaney) has succumbed to a life of suburban domesticity as an insurance salesman. Dale (Andy Sandberg, Palm Springs), meanwhile, has had ‘CGI surgery’ and works the nostalgia convention circuit, desperate to relive his glory days. When a former castmate mysteriously disappears, Chip and Dale must repair their broken friendship and take on their Rescue Rangers detective personas once again to save their friend’s life.

The film is directed by Akiva Schaffer (Saturday Night Live), written by Dan Gregor and Doug Mand (Crazy Ex-Girlfriend), and is produced by Todd Lieberman (Wonder) and David Hoberman (Beauty and the Beast 2017), with Alexander Young (Extinction) and Tom Peitzman serving as executive producers.

The Chip ‘n Dale: Rescue Rangers Original Soundtrack with score by composer Brian Tyler will be released by Walt Disney Records on May 20. 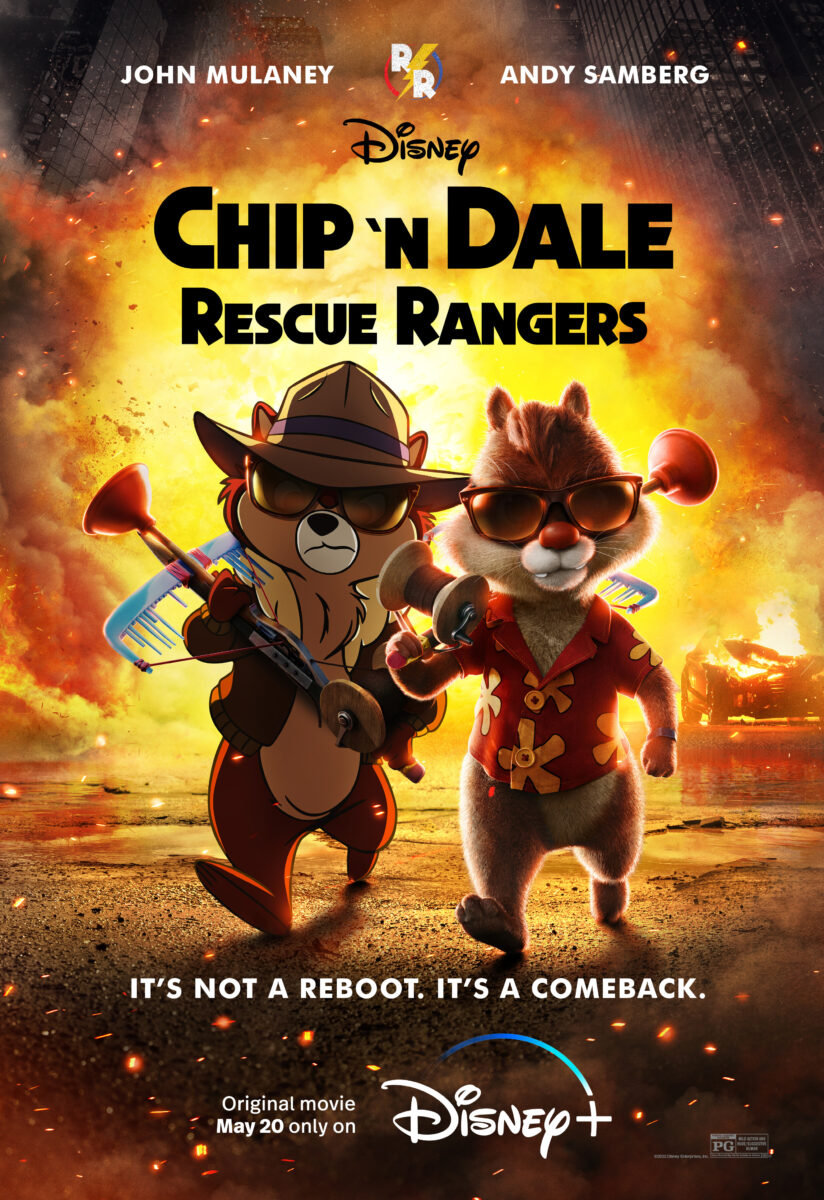