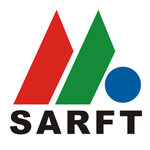 Just in case you need confirmation that China’s animation industry is booming, the State Administration of Radio, Film and Television reports the nation produced 220,530 minutes of animation in 2010 — an increase of 28 percent over 2009.

According to a report from Variety, the organization pegs the number of local animation productions at 385 TV cartoons. Of those, state-run workshops made 269 toons, totaling 172,689 minutes — or nearly 80 percent of the output.

The state group credits the results to government policies designed to boost the animation industry.