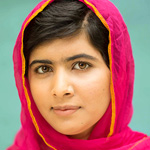 Documentarian Davis Guggenheim’s has used animation to convey memories, abstract ideas and other hard-to-film elements to good effect in films such as It Might Get Loud, Waiting for Superman and now He Named Me Malala, which tells the tale of Malala Yousafzai, the Pakistani teenager targeted by the Taliban for speaking out on behalf of girls’ education.

Released Oct. 2 in Los Angeles and New York and Oct. 9 nationwide by Fox Searchlight, Guggenheim worked with a team of a dozen CalArts animation alumni headed by Jason Carpenter to create animated sequences depicting Yousafzai’s childhood and memories in her Swat Valley homeland.

Carpenter, who says he came to Guggenheim’s attention though his short film The Renter, had no idea what to expect for his first meeting with Guggenheim.

“They had been talking to a lot of parties about doing the animation for this film, so I was expecting to go sit in a room full of people and maybe get five minutes at a time,” he says. “It ended up being a three-hour meeting … and we just really got into talking about what the animation could look like.”

The initial ideas were to go for a style that was not super detailed but had more of a painted look. “Davis always had the idea of it being like a storybook,” Carpenter says. “So it inherently needed this softness, this impressionistic quality where hopefully it captures the emotion and a visceral feeling of being there but you don’t get overladen with detail.”

After the meeting, Carpenter put together a package that included animation tests, reference and ideas for color palettes.

“I also built a team of animators, all from CalArts, that I could present to Davis and say, hey, I think what we need is a team of independent animators that can work on this.”

Having won the job, Carpenter began putting his plan for executing the animation into motion. Guggenheim would explain his ideas for animated sequences story wise and throw out ideas for how it could be animated.

“Then I’d take his ideas and go and try to visualize them; we’d sit down with a team and try to board it out as best as we could and find the right color palette,” says Carpenter. “It just became this collaborative process with Davis, where we’d kind of shoot back and forth until we got it right.”

Carpenter says his team did a lot of research to ensure the animation captured the feeling of Yousafzai’s life as a girl in Pakistan. Guggenheim showed the movie to Yousafzai and her family to ensure it accurately reflected their voices. There were occasional minor revisions from this, such as a note that the teacher and students at Yousafzai’s school sat on the ground and not in desks.

Unlike most animated features, the documentary structure was open to change with some sequences being dropped and others conceived as the movie took shape, Carpenter says.

“It’s a mosaic and it’s something you’re piecing together in a variety of different ways,” he says. “The animation really had to be flexible and relate to that in a way.”

Carpenter says his team worked two or three to figure out the style and getting it to a point where scenes conveyed what they were meant to convey. They also were boarding out sequences and putting together animatics that would be cut into the film as whole to see how it worked.

Scenes that looked like they were going to make the final firm then began animation, which was done in Flash. When a relatively cleaned-up version was done in Flash, it would be painted over in Photoshop to get the right look and composited in After Effects. “We developed a series of brushes so that everything had the same look,” he says.

Overall, it’s a big responsibility and Carpenter says he thinks the film hits the right tone. “They’re real people and you aren’t animating an imaginary character … and it’s important to be respectful of that.” 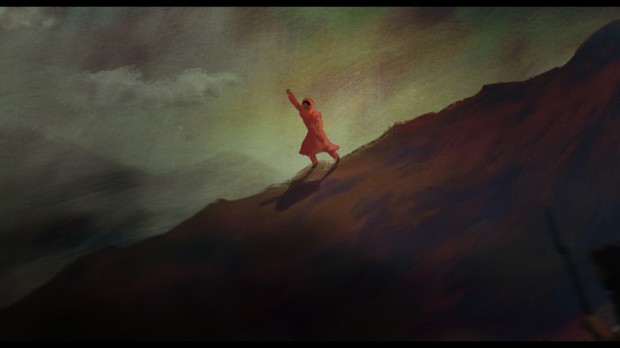 He Named Me Malala

You may also like...
Related Topics:CalArts, Davis Guggenheim, Fox Searchlight, He Named Me Malala, It Might Get Loud, Jason Carpenter, Malala Yousafzai, Waiting for Superman