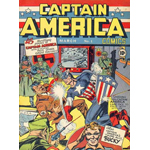 Marvel fans, mark your calendars for April 4, 2014 — that’s when the sequel to Captain America: The First Avenger is due to arrive in theaters.

Disney announced the release date as well as a slight tease, saying that Cap 2 “will pick-up where the highly anticipated Marvel’s The Avengers leaves off, as Steve Rogers continues his affiliation with Nick Fury and S.H.I.E.L.D and struggles to embrace his role in the modern world.” The first film was nominated for the Outstanding Visual Effects in a Visual Effects-Driven Feature Motion Picture honor at the VES Awards.

Here’s a new look at Captain America, played by Chris Evans, from the upcoming Avengers movie, which is due out May 4 and promises to be one of the biggest vfx extravaganzas of the summer: 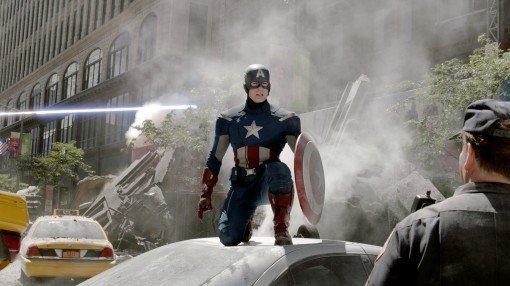 Chris Evans stars as Captain America in 'The Avengers.'

The announcement indicates Marvel Studios and its parent company, Disney, have no plans to slow down the ever-expanding Marvel Cinematic Universe, as fans have dubbed it. The studio already has Iron Man 3 set for May 3, 2013; Thor 2 set for July 26, 2013; and Avengers director Joss Whedon has already commented on what he would like to do with Avengers 2, saying at the New York Comic-Con that a sequel would be smaller, and more personal.

Captain America was created in 1941 by Joe Simon and Jack Kirby, and became an immediate sensation. After his popularity waned in the 1950s, he was revived in 1964 by Kirby and Stan Lee in Avengers #4, and has been a mainstay of the Marvel Universe ever since.