CAPE (Coalition of Asian Pacifics in Entertainment), the premier non-profit organization creating opportunities and driving success for Asian and Pacific Islanders in Hollywood for the past 30 years, is setting its sights on animation. CAPE’s Board Chair Sanjay Sharma and Executive Director Michelle K. Sugihara announced today the CAPE Animation Directors Accelerator, a new initiative to identify and train the next generation of animation leaders, powered by Sony Pictures Entertainment, parent company of animation titan Sony Pictures Animation.

Submissions open on September 1 and continue through September 30, with Sony Pictures Entertainment covering application fees for this inaugural year.

“Studies show that children as young as five years old are capable of racial biases, which highlights the importance of authentic storytelling in animation,” said CAPE’s Sugihara. “Furthermore, we know that when directors and EPs behind the camera are diverse, it leads to more diverse crew and stories. Despite the relative number of Asians working in animation, there are woefully few Asian or Pacific Islander studio animation directors or EPs, making this a critical pressure point to accelerate change in the industry.”

“We’ve enjoyed a long partnership with CAPE and it was important to us to support this significant initiative to increase the exposure and opportunity for Asian and Pacific Islander talent even beyond our doors,” said Paul Martin, Sony Pictures Entertainment’s Chief Diversity Officer.

Selected rising animation directors will hone both their artistic and leadership skills through a series of panels, workshops and masterclasses from high-level executives, producers and creatives in the animation industry, as well as receive one-on-one executive mentorship. Ideal candidates will have five-plus years in the animation field or related entertainment industry, and ambitions of being the creative lead for animation film or episodic projects. More information can be found here. 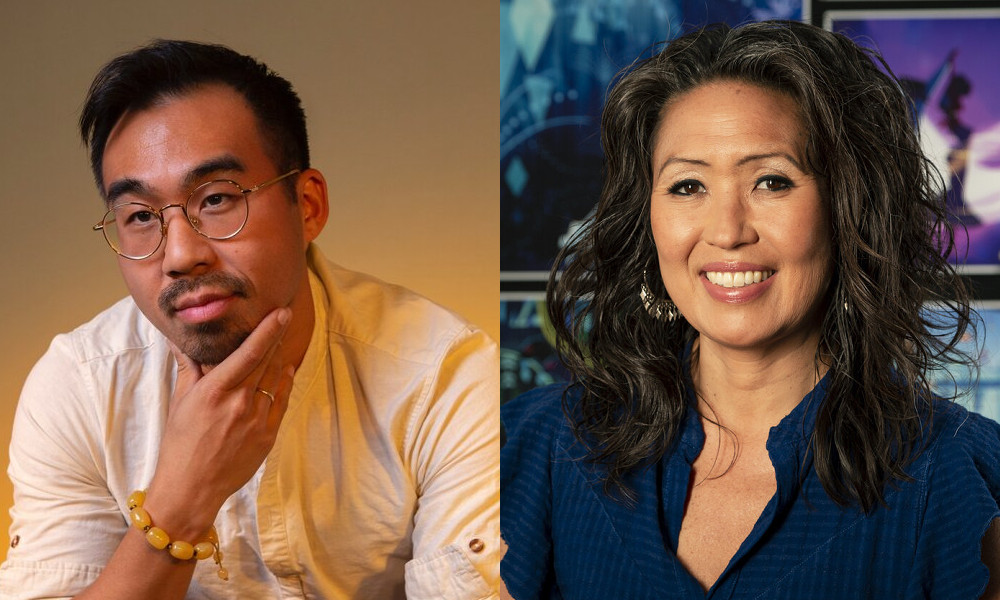 Huang is responsible for overseeing creative development of a number of animated features and series at Sony Pictures Animation, including K-Pop: Demon Hunters directed by Maggie Kang & Chris Appelhans. Prior to joining SPA, Huang was Head of Development at Pearl Studio in Shanghai, where he led the team that oversaw the historic co-productions Kung Fu Panda 3 and Abominable in partnership with DreamWorks Animation, as well as the studio’s most recent film, the Netflix original Over the Moon, which was nominated for the Academy Award for Best Animated Feature in 2021. Huang was also the executive in charge of the upcoming Netflix original The Monkey King, which will be Stephen Chow’s first global animated film. In his last year at Pearl, he launched a new slate of projects helmed entirely by Asian directors.

Currently at Netflix, co-chair Wong is one of the producers behind Sony Pictures Animation’s original animated musical Vivo, which features brand new songs from Lin-Manuel Miranda, the creative force behind the Broadway smash Hamilton, and is available now on Netflix. Wong has 18 years of experience in feature animation and has worked on Cloudy with a Chance of Meatballs, Hotel Transylvania and Hotel Transylvania 2. Prior to producing Vivo, she produced the 2017 feature, Surf’s Up 2: Wavemania, directed by Henry Yu.

“Excitingly, there are more pathways to becoming a director in animation than ever before,” said Huang. “This accelerator invites the most talented folks out there to join us in navigating those paths, strategically and mentally, as we launch a new class of directors that finally reflects the abundance of the AAPI community in animation.”

Wong added, “It’s time to look beyond the current state of directors in animation. This is a groundbreaking opportunity that will give exposure to a community that has a wealth of originality and innovation.”

It was just a few years ago that animation was denigrated as an exclusive “boys club.” But today, most Hollywood studio heads in feature animation are women. Similarly, the pathways to becoming a director in animation have evolved as well, as the desire for authentic storytelling and diverse ideas appears to be opening the door to historically underrepresented creatives. The CAPE Animation Directors Accelerator is a necessary component to propel the change, because it takes more than just artistic talent to become an animation director.

Tune in to learn more about this important issue and the CAPE Animation Directors Accelerator at the LightBox Expo Online on September 11 at 1 p.m. PT. (https://2021.lightboxexpo.com)

The CAPE Animation Directors Accelerator joins other industry-renowned CAPE initiatives such as the CAPE New Writers Fellowship and the CAPE Leaders Fellowship. CAPE is also incubating several other initiatives, including ones for assistants and stand-up comedians, as well as the CAPE Database, a public-facing database for Asian and Pacific Islander talent, executives, reps and more.