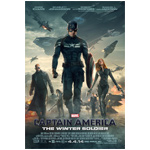 The top spots at the box office saw a repeat of last weekend’s finish with this year’s Easter weekend moviegoers.

Those totals push the Cap sequel to $201 million domestic, which combines with $385 million in foreign sales for a $586 million worldwide gross.

Rio 2’s weekend — its second in the domestic arena — brings it to $75 million domestic and just under $200 million overseas for a $275 million total gross.

The otherwise quiet weekend also saw one more milestone for Disney’s smash animated feature Frozen, which is now the sixth highest-grossing movie of all-time and the all-time record holder for total overseas gross for an animated feature. The film has grossed just a hair under $400 million domestic and its worldwide total now stands at $1.13 billion.

Another Marvel movie — Sony/Columbia’s The Amazing Spider-Man 2 — is opening overseas with strong results. The film, which opens domestically May 2, earned an estimated $47 million in 14 overseas markets, including the United Kingdom, Mexico, Germany and Australia. 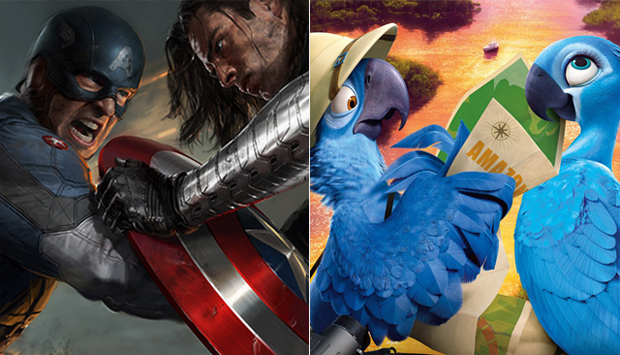