Iceland’s first-ever animated feature, the stereoscopic 3-D CG-animated Legends of Valhalla: Thor from Caoz, will be getting its long-awaited theatrical release on October 14. The film, based on characters from Norse mythology, is also the most expensive film ever produced in the country.

Caoz, an animation studio based in the nation’s capital of Reykjavik, produced the film with a budget of approximately 8.5 million euros—roughly 10 times the average cost of a film made in Iceland, according to producer Arnar Thorisson. As Thorisson told The Hollywood Reporter in a recent interview: “We are the only company in Iceland that has done this kind of animation, but Thor is a totally different ball game.” Caoz has previously produced the CG short Anna and the Moods starring Icelandic star Björk and is working on another feature project, Egill: The Last Pagan. 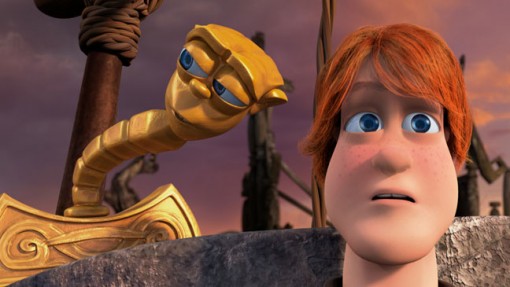 Thor has sold to 55 foreign markets so far, including the Nordic countries, Germany, Italy and Russia. It has not yet been picked up for any English-language territories. View the trailer at http://www.caoz.com/legendsofvalhalla-trailer

You may also like...
Related Topics:3D, Anna and the Moods, Arnar Thorisson, CG, Egill: The Last Pagan, Legends of Valhalla: Thor, The Hollywood Reporter, Thor