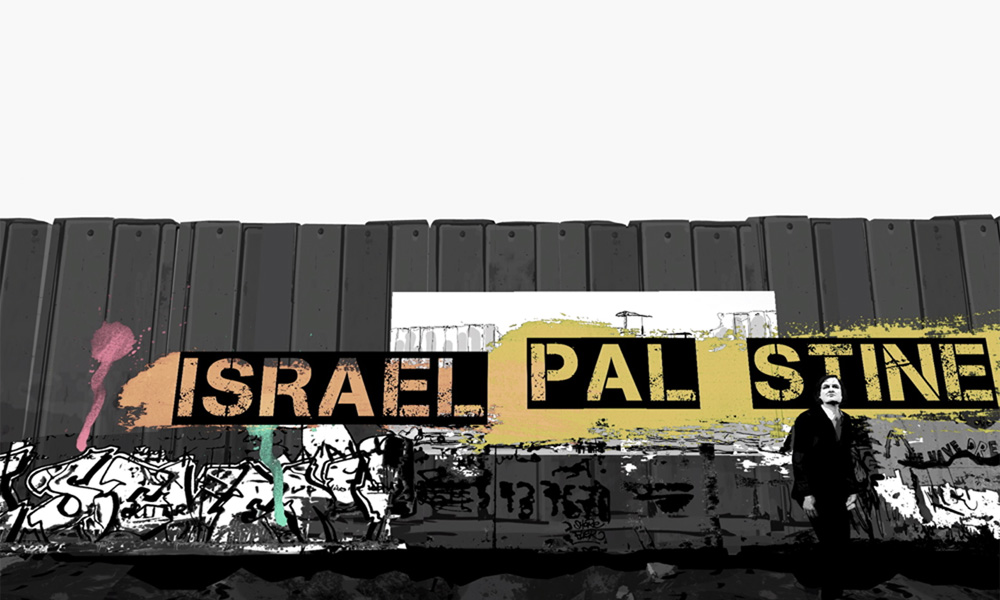 New York City’s Film Forum will present the U.S. theatrical premiere of Wall — the feature film adaptation of David Hare’s political play directed and animated by Cam Christiansen, produced by the National Film Board of Canada. Beginning Wednesday, April 3, the Film Forum will be screening Wall for one week, with multiple daily showings, free of charge.

In the play (and now, in the animated feature), British playwright Hare (Oscar-nominated screenwriter of The Reader and The Hours) confronts the brute reality of the Israeli “Separation Fence”: four times as long as the Berlin Wall, it required the confiscation of 4,000 acres of Palestinian land and the destruction of 1,000 trees. This important exploration of the structure’s political/cultural impact is given new life in Christiansen’s animated essay, which follows Hare on a journey to come face to face with the wall.

Free public screenings are made possible thanks to the Ostrovsky Family Fund. The film is presented in association with The Other Israel Film Festival, with support from the Joan S. Constantiner Fund for Jewish and Holocaust Films; the Roy Lichtenstein Foundation Fund; the Richard Brick, Geri Ashur, and Sara Bershtel Fund for Social Justice Documentaries.

WALL (Trailer) from NFB/marketing on Vimeo.