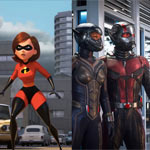 Early box office reports are buzzing about a huge weekend for Disney/Marvel’s Ant-Man and the Wasp, which has earned $11.5 million during its Thursday night preview screening. The movie, which stars Paul Rudd and Evangeline Lilly has been getting positive reviews (87 percent fresh on Rotten Tomatoes and praised for its light touch, great humor and fun visuals playing with the shrinking and growing superheroes.

The film’s Thursday night performance beat the original Ant-Man ($6.4 million), Doctor Strange ($9.4 million ), Guardians of the Galaxy ($11.2 million) and Warner Bros/DC’s Wonder Woman ($11 million). If the film continues to do well during its opening weekend (which is marked by sweltering summer weather), it is expected to make anywhere between $85 million and $95 million.
[*Sunday Note: The movie actually finished close to $76.5 million per estimated reports.]

In related box office news, Incredibles 2 and Jurassic Park: Fallen Kingdom are expected to continue to rule the Top 10 list Stateside. To date, Incredibles 2 has made $475.3 million and is expected to zoom past Finding Dory’s $486.2 million record, becoming Pixar’s all-time best-selling title at the U.S. box office. Meanwhile Jurassic Park: Fallen Kingdom is roaring its way across the $1 billion record globally. The film has made $304.8 million domestically and $700.7 million overseas, bringing the global numbers to $1,995.5 billion. 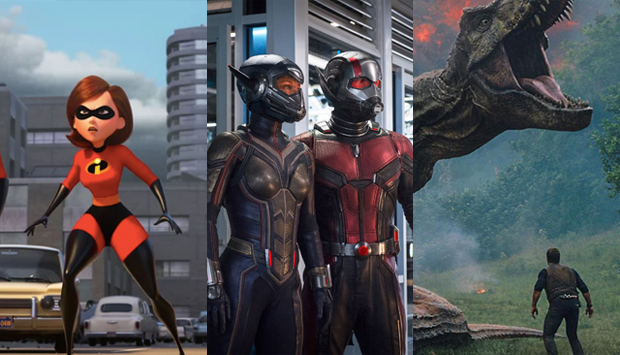 The Incredibles 2, Ant-Man and the Wasp, and Jurassic Park: Fallen Kingdom