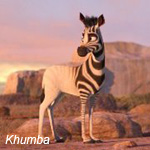 Buscemi, who has voiced numerous animated characters in features such as Monsters, Inc., Charlotte’s Web, Monster House and Hotel Transylvania, plays the colorful vagabond character Skalk in Khumba. He will next be heard reprising his role as the voice of Randall Boggs in Pixar’s Monsters University. Noni Rose joins the cast as Lungisa, Khumba’s mother and wife of Fishburne’s character, Seko.

Khumba tells the story of a half-striped Zebra (Austin) who is blamed for a severe drought by his superstitious herd. He leaves his home in search of the magic waterhole where legend has it the first Zebras got their stripes. Teaming up with an overprotective, sassy wildebeest (Devine) and a self-obsessed ostrich (Grant), this plucky young zebra meets an array of wacky characters in an unforgettable adventure through the Great Karoo to earn his stripes.

The original story was penned by Triggerfish writers Raffaella Delle Donne and Anthony Silverston in consultation with Jonathan Roberts, co-writer of The Lion King. Silverston is also the director. Stuart Forrest of Triggerfish Animation Studios (Zambezia) produced the feature. The film is represented internationally by Edward Noeltner’s Cinema Management Group. Millennium Entertainment will be releasing the film in the US later this year.

“With his trademark voice, Steve Buscemi took the character of Skalk in a new and exciting direction,” says Edward Noeltner, president of Cinema Management Group, who will be bringing the film to the Cannes market in May. “Anika Noni Rose as Khumba’s mother brought a wonderful sense of warmth and tenderness to her character of Lungisa. We couldn’t be more thrilled to have them both onboard to complete the voice cast for Khumba.”

Stuart Forrest, CEO of Triggerfish Animation, adds “We are continuously impressed with the amount of gifted actors that our film has attracted. Buscemi brings a unique skill set to Khumba and the voice work he’s recorded gives us a great deal of humor in the film. Anika Noni Rose likewise brings alive her character in a way that not many could.” 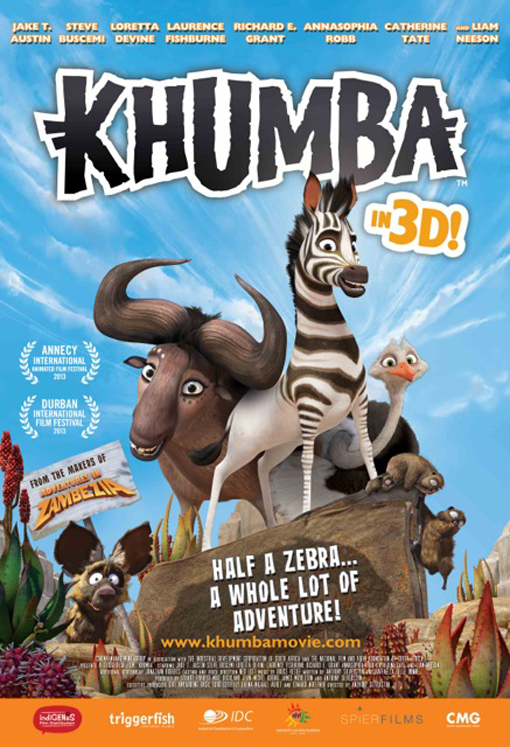