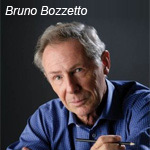 Oscar-nominated Italian animator Bruno Bozzetto (Allegro non Troppo, Grasshoppers) is back in a big way this year with a new animated short titled Rapsodeus and a new merchandise line inspired by his most popular characters.

Rapsodeus, which has already debuted at several festivals including Annecy and Hiroshima, is now viewable on Bruno Bozzetto’s YouTube official Channel: www.youtube.com/user/BrunoBozzettoChannel.

Made by combining 3D digital graphics and 2D animation, the short is set to the arranged composition of Franz Liszt’s second Hungarian Rhapsody. The short was produced by Alienatio Studio under the direction of Bozzetto. Regarded by some critics as a virtual sequel of Allegro non Troppo (1976), the film points the finger at mankind and human’ senseless spread of war, destruction and misery throughout the centuries.

Bozzetto’s previous animated characters such as Mr. Rossi, Vip my Brother Superman have also inspired a line of t-shirts and USB Flash drives which can all be purchased at shop.bozzetto.com. There’s nothing wrong with mixing a little bit of commerce with Italian art, si? 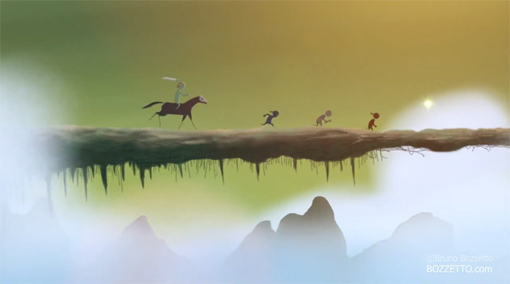