Ireland’s animation studio Brown Bag Films will begin pre-preproduction on a new feature to be directed by company co-owner and creative director Darragh O’Connell. A co-pro with U.S-based Wind Dancer Films, the pic is titled Nightglider and will begin pre-production in first quarter of 2013.

Wind Dancer, which is best know for live-action films such as Mel Gibson’s What Women Want, will secure finance for the project through international and domestic sales, as well as its own investment. Both companies plan to work together to select an international sales agent and are also planning to explore further co-production opportunities over the coming months.

Written by Jeremy Shipp, Nightglider will center on a flying squirrel raised as a tree squirrel who becomes convinced that he’s a superhero when he discovers that he can fly. Brown Bag Films’ Gregory R. Little will produce with Wind Dancer’s Matt Williams, David McFadzean, Dete Meserve and Judd Payne. Little developed the project and brought it to Brown Bag upon joining the company.

Nightglider has been developed with support from the Irish Film Board and was offered a development loan of €15,000 ($19,500) in the last round of funding. 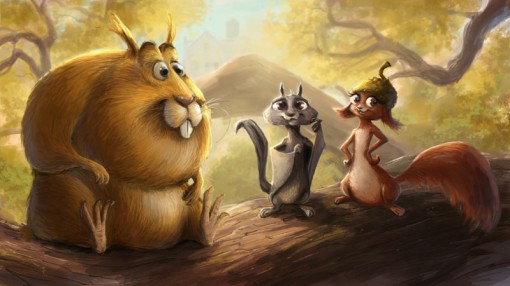