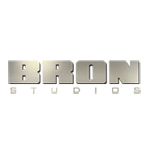 In a hidden world of super-villains, evil schemes and global domination… someone has to take out the trash! Welcome to the world of Henchmen. When fresh-faced new recruit Lester (Thomas Middleditch) joins the Union of Evil, he is assigned to a motley crew of blue-collar workers including Stew (Craig Robinson), Jane (Jane Krakowski) and led by fallen henchmen Hank (James Marsden). Having survived a shift working for The Gluttonator (Will Sasso), they are assigned to the Vault of Villainy, where Lester accidently steals the ultimate weapon. Meanwhile, the evil Baron Blackout (Alfred Molina) and his first-class henchman Biff (Rob Riggle), are poised to defeat their nemesis Captain Superior (Nathan Fillion) and take over the entire world. In order to save Lester and his team, as well as Jolene (Rosario Dawson), the woman he loves, Hank must break his “risk nothing” code and become the one thing he has always avoided… being a hero.

Clip: ‘Inside Out – Riley’s Memories’
Primal Screen Picks Up ‘Maya the Bee’